White spot disease, also known as ich, is a common diseases that most fish keepers have to deal with at one time or another. It is caused by a parasite and is mostly common in tropical fish aquariums.

Ich parasite can be found in both fresh and salty water. It mostly occurs in the aquarium due to close contact of the fish, or the stress linked to fish living in an enclosed environment rather than their natural open habitat.

Ich is a common disease that if left untreated can lead to death. It is responsible for more fish deaths than any other disease. 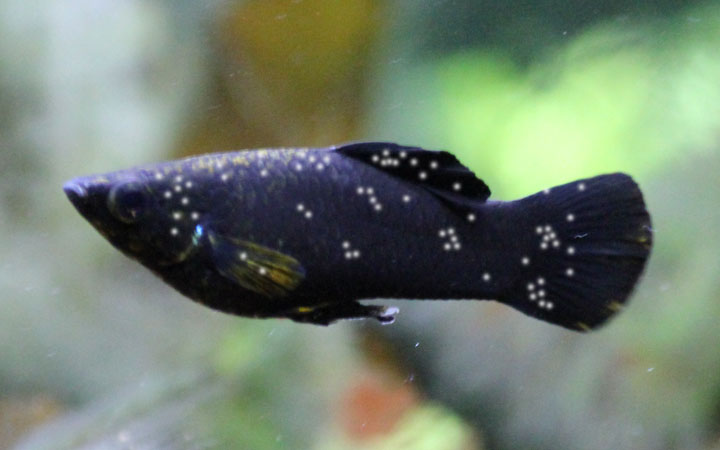 What is Ich Disease?

Ich in scientific term is referred to as Ichthyophthirius Multifiliis. It is mostly found in freshwater aquariums but can also be found in salty water too.

It is the most common and most persistent disease in fish transferred from one aquarium to another by the fish, invertebrates, decorations, plants or maintenance equipment such as water filter or nets.

Ich is a parasite that causes fish to have white spots on their fins, gills and body, hence the name white spot disease. It appears as white nodules on the body of the fish that resemble white grains of salt.

Ich parasite is really small that you need a microscope to see them. However, for a fish that is invested with ich, it shows symptoms that are obvious.

It is difficult to control ich when it gets into your aquarium. This is because ich parasites reproduce faster than any other disease causing organisms in the fish and they have exceptional life stages.

At this stage, the ich parasite depends on the fish for both shelter and food. The parasite feeds on the fish’s skin causing irritation. The fish may be seen rubbing on ornaments and surfaces in the aquarium in an attempt to scrub off the Ich.

With time, the parasite burrows into the flesh of the fish leading to a wound. In an attempt to protect itself, a white scum forms on the surface of the fish sealing in the ich. The white scab looks like white spots and resemble grains of salt.

Hiding in the flesh of the fish and covered by the white scab, the Ich are sheltered from any treatment you add into the aquarium. Due to the white spots appearing on the fish’s skin, it is at this stage that most fish keepers realize their fish are infested with Ich.

While in the fish’s skin and protected by the white scab, the Ich continues to mature. When they get to maturity, they break out and float in water then settle at the bottom of the aquarium.

The Ich can attach on any equipment in the aquarium, plants and or decorations.

After the Ich breaks out, the white crust covering the wound also falls off. This leaves an open wound on the fish exposing it other infections or fungus.

It is very possible for your fish to get multiple infections.

While at the bottom of the aquarium or attached on hard surfaces, the Ich covers itself up in an egg referred to as tomont.

The tomont then continually divides itself through binary fusion into thousands of babies known as theronts. Since theronts are sealed in the egg, they are safe from medication.

After a few days, the egg hatches releasing many theronts into the water. They swim freely looking for a fish to feed on. Theronts must find a fish to burrow into within a few days, if not they die. During the infectious stage, the theronts are susceptible to medication, before they dig deeper into the fish’s flesh and get covered up by the white scab.

How to Identify Ich in Your Aquarium?

Ich parasite is very small and minute. It is not possible to see the Ich in the water before it starts infesting your fish. However, there are signs that can tell your fish has Ich.

Fish that has Ich has white spots that resemble salt grains in size and colour. The white spots are randomly scattered on the fish’s gills, fins and body. The spot appears one by one, therefore, it is hard to tell if your fish has Ich in its early stages.

This is because a single spot does not necessarily confirm your fish is suffering from Ich. Other diseases for instance fungus and columnaris also start as a white coloured spot. However, with time, if white more spots appear on the fish’s body, then it is almost definitely Ich.

To further confirm whether there is Ich in your aquarium apart from the white spots, check if your fish is having difficulty in breathing. If the white spots appear on the gills, it makes it difficult for the fish to breathe.

As a result, the fish will try harder to breathe by swimming faster than usual. You may also note your fish floating and gasping for air at the top of the aquarium where there is more oxygen.

As the white spots continue to spread on the body of the fish, the fish loses its colour. In advanced stages of Ich infestation, the fish appears pale. The fish also becomes slower and lazier than normal.

The white spots can be irritating and itchy on your fish’s flesh. Therefore, the fish will be seen rubbing off on hard surfaces in the aquarium to try and scrub it off. This leads to scrapes and damaged skins.

Will Ich Kill Your Fish?

Ich is a controllable disease. It is treatable during the early stages. However, since it multiplies and reproduces so fast, if left untreated it has a 100% mortality rate in fish.

If you have confirmed that your finned friends are suffering from Ich, then treat them as soon as possible. Ich parasite multiply so fast, and the parasite can only be killed at the theronts and tomont stage only.

Raise water temperature in the aquarium

Raising the water temperature in the aquarium will enhance the reproduction of Ich into theronts that are prone to treatment. However, since fish are sensitive to abrupt changes in water conditions, raise the temperatures up to 80 to 82 degrees Fahrenheit slowly, preferably over a period of 7 days. As you raise water temperature, increase ventilation because hot water has low oxygen levels.

Before getting medication for your aquarium, consult with an expert to know what medicine best suits a particular breed of fish.

When the medicine is used as instructed, it is able to kill theronts without harming aquarium plants and filter bacteria.

While on treatment, it is important to remove activated carbon filter because it is likely to take away most medication from the water.

Medicines such as formalin, methylene blue and malachite green can treat Ich.

Preventing Ich in Your Fish Tank

Stress in fish is caused by a number of factors. Some of them include;

Stress weakens the immune system of the fish making it susceptible to attack from virus, bacteria and other disease causing organisms. Keep your fish stress free to maintain it immunity system to fight against diseases.

Observe the fish in quarantine to ensure there are no possibilities of Ich. Quarantine plants and decorative ornaments as well for at least 4 days. Ich parasites attached on the plants will die in the absence of fish to attach to.

Offer your fish healthy food containing of commercial food and both freeze dried and frozen ones. Healthy diet boosts the immune system of the fish, allowing them to fight diseases. Identify the nutritional needs of your fish to keep it healthy.

Poor water quality will not only cause stress to the fish, but also invite microorganisms to live in the water. Avoid abrupt changes in water temperature and PH levels, and observe the water for increased level or ammonia and salinity.

Conduct regular water changes and avoid overfeeding the fish to limit the level of waste in the water. Maintaining high quality of water will ensure your fish is healthy and stress free.

White spot disease is the most common cause of death, especially among tropical fish. Strengthen your fish’s immunity system by keeping it in a healthy and stress free environment. When rearing fish, always keep in mind that prevention is better than cure. 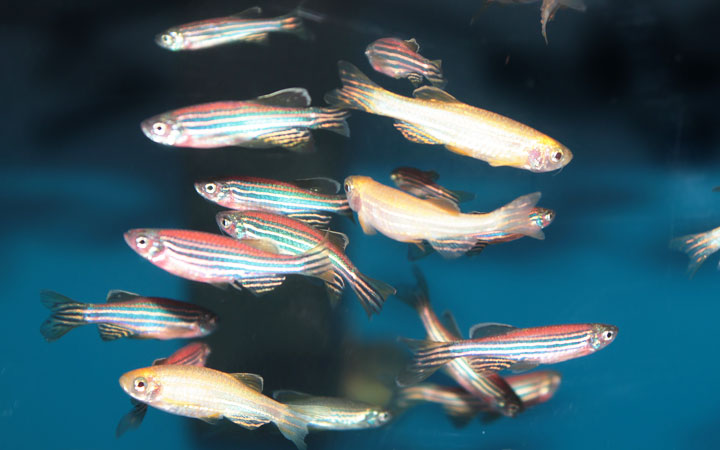 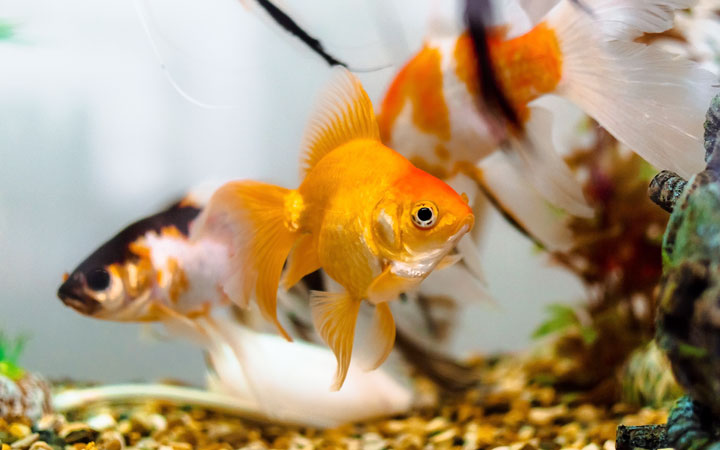 What to Do with Your Unwanted Pet Fish? 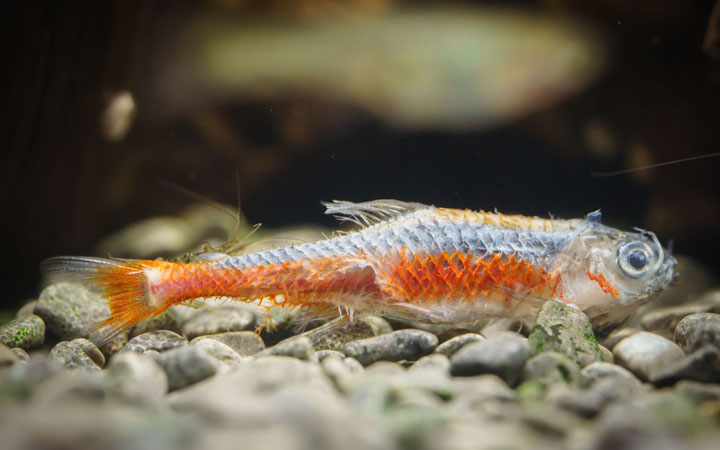 Why Did My Pet Fish Die? 6 Common Reasons 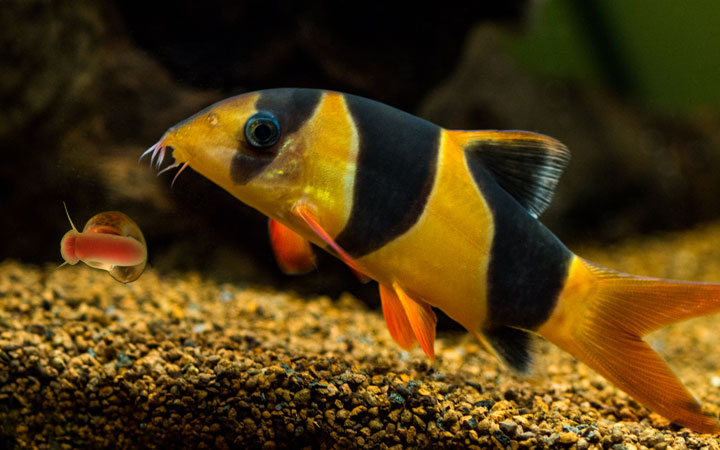