10 Loach Species for Your Aquarium

Getting a pet is no easy decision. You should take into account its feeds, have someone to take care of it when you are not around and invest in a few things essential for its survival. 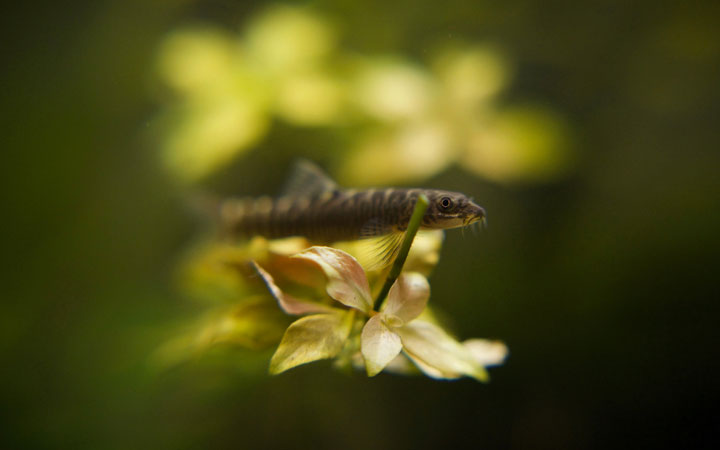 Even so, you can be assured of companionship with the right pet, boosted mental health, and an appreciation of responsibility, more so for kids. One of the hassle-free options for a pet is a fish, mainly the loach fish.

Loaches are predominantly small freshwater fish distributed in Asia and Europe, where they live within the tropics and temperate zones. There are now about 1043 species of loaches divided into 111 genera and ten families. Even so, not all of these species will suffice for your aquarium as pets.

The following are guidelines on the ten best loach fish species for your aquarium.

This is an active and fascinating fish species that will be in constant motion and actively scurry around your aquarium.

The Kuhli loach grows to lengths of 7.8-12 cm and lives for ten years on average though it can sometimes live longer than this with optimal care. The ideal aquarium for it is one with pristine water since it has small body scales and none on its head, making it prone to infections.

This is because they are social in groups but quite shy and rarely seen when alone in a tank. 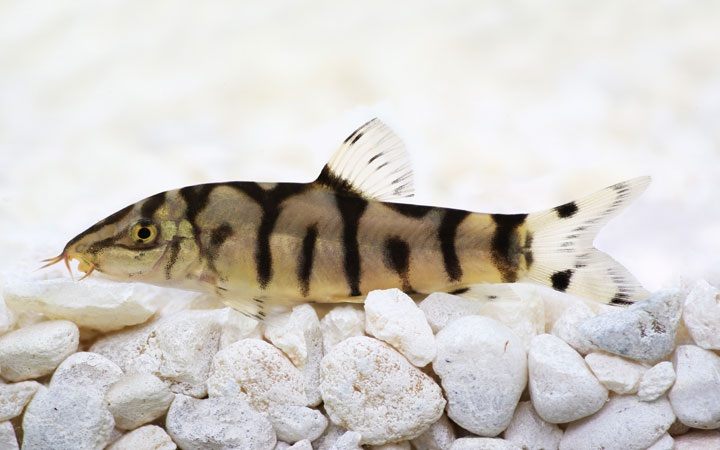 The yoyo loach has a silver body with dark vertical bands. This fish grows to lengths of 7-13cm and lives for about ten years. It thrives in a fish tank with a capacity of not less than 20 gallons.

The ideal water PH in this tank is 6.5-7.5, while the hardness should be about 5dGH.

Yoyo loaches are active and personable fishes that will often recognize their owners after some time. Like other loach species, they thrive best when kept together with other peaceful fish.

Yoyo loaches are initially shy but will quickly overcome this when they adapt to your aquarium’s environment. 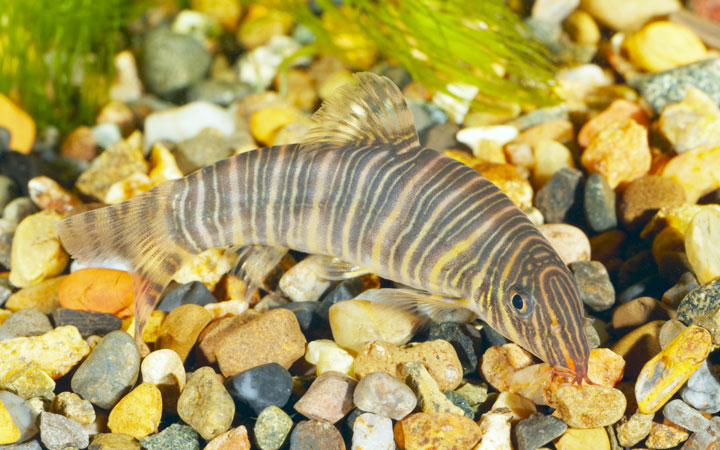 This is an attractively patterned and lively fish. At first glance, it looks like it has a lot of stripes, but it only has nine broad bluish-green bands on its yellowish-green body.

This loach species is quite hardy and does not have a lot of care needs making it ideal for beginners.

The zebra loach thrives in 20-gallon fish tanks with the same water hardness, PH and temperature as the yoyo loach. With adult lengths of approximately 10cm, this fish is among the smallest in the loach family.

Its peaceful nature allows it to cohabit with other fish, and the small size makes the zebra loach one of the popular options for a community aquarium.

This has a tan to silver body color with four barbels protruding from its mouth section. Its upper body part has checkerboard patterns that give it a distinct look. Though often described as a scaleless fish, the chain loach has small scales implanted into its skin.

This loach is at times called the dwarf loach since it attains an adult length of 5-6cm making it ideal for those with small fish tanks.

Neutral water with temperatures of 75-82 degrees Fahrenheit and a weekly 25% water change are essential for the fish to thrive.

Unlike other loach species, chain loaches spend most of their time at the bottom of the tank, though they are less shy than other loach fish. 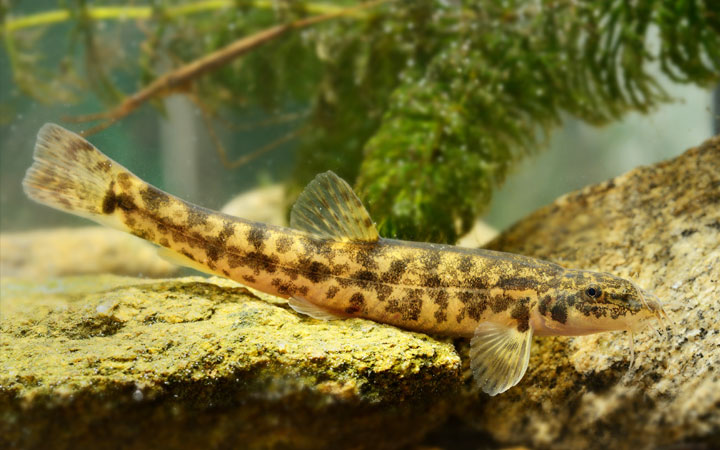 This is a small and slender fish with an elongated scaleless body. It also has an olive mottled brown body color and rounded fins. Stone loaches have six distinctive barbels that look like mustaches around their mouths.

They grow to lengths of 15cm but are slow-growing and can thus fit for some time in small aquariums.

Stone loaches thrive in water temperatures of 34-72 degrees Fahrenheit and PH levels of 6.5-8. They are primarily bottom-dwelling fish species that are most active at night when they emerge from the cover in your fish tank. 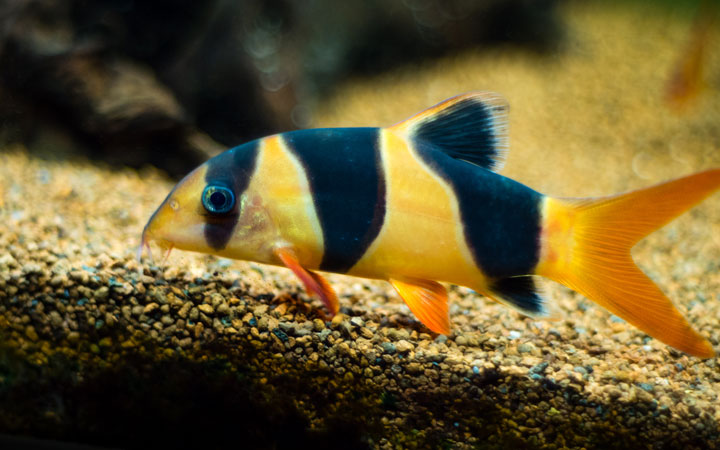 This is a beautiful light to dark orange-reddish colored fish with three vertical bars crossing its body, thus its alternate name, tiger fish. Its adult size ranges from 12-16 inches, and it can live for at least fifteen years. The ideal fish tank size for it is one above 55 gallons.

The ideal water temperature for your tank ranges from 25-30 degrees Celsius while the PH should be 6.5-7. Clown loaches are not the best options for beginners because they have small body scales that call for optimal care to keep diseases at bay.

Though they can be kept in the same aquariums as other loaches, their huge sizes might intimidate small fish. The best tank mates for clown loaches are thus other clown loaches and different large but peaceful fish species. 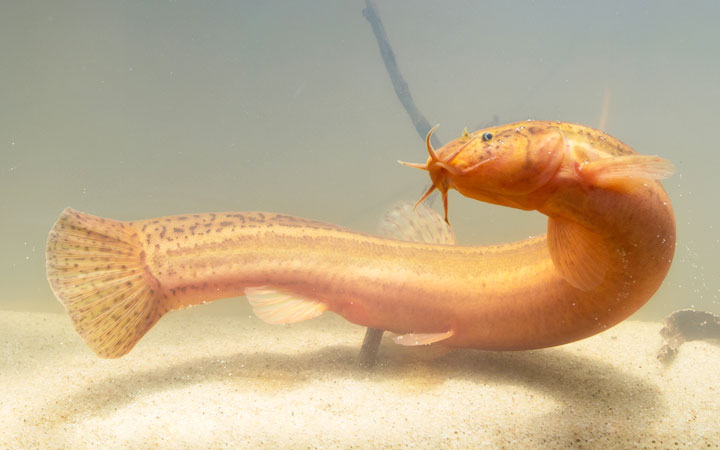 This fish is so-called because it becomes quite active in case there is a weather change, possibly because of barometric pressure alterations.

Weather loaches have dark brown and dark greenish gray spots on a yellowish body. They have lifespans of ten years and can grow up to 12 inches long and fit comfortably in a 30-gallon fish tank.

Unlike other loaches, weather loaches do not have to be kept in groups but make some of the best choices for community aquariums with peaceful fish.

They are also jumpers and have very distinct pet-like characteristics. You, for example, can train a weather loach to feed from your hand and even enjoy your touch.

This loach grows to attain lengths of about 12 inches in captivity. In aquariums, they can still get to this length, provided the tank is big enough to allow them to do so.

The ideal water temperature for pond loaches is 65-75 degrees Fahrenheit with a hardness level of 5-12dKH and PH of 6.5-8.

These loaches have long and slim bodies, somewhat pointed heads, and small fins that make them easily mistaken for eels.

Pond loaches are peaceful and active fish that are rather friendly towards humans. Though they can live with all peaceful fish species, most people opt to keep them in the same tank with goldfish.

This has alternating black and white body patterns hence its name. As it matures, the panda loach’s patterns will primarily change to mottled and brownish cream colors with a dark lateral line band.

It grows to a length of up to 6.5cm in a fish tank with a minimum capacity of 20 gallons for a small school of fish.

Panda loaches are peaceful and enjoy being kept in a group of about five fish of their kind. Other species of a similar temperament as these loaches and love cool and fast-flowing water will also make ideal tank mates for them. 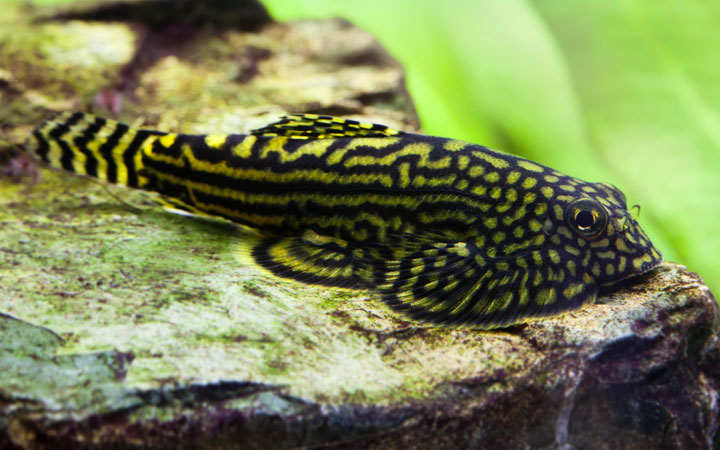 These are also called river loaches and are found in several body forms, including cylindrical, elongated, flattened and compressed ones.

They attain only about 2-3 inches in adult length but should be bred in fish tanks with a capacity of about 50 gallons.

This is because they are social fish that thrive in groups and thus cannot fit in a small tank.

The ideal water temperatures for hillstream loaches are 68-75 degrees Fahrenheit with PH ratings of 6.5-7 and medium hardness.

Loaches are among the most expensive pet fish species to buy since they are generally controlled in most jurisdictions. Their cost makes most people steer clear of them for their aquariums.

Even so, you will not spend so much time and cash on their maintenance, meaning that they will prove inexpensive in the long run.

As regards feeding, for instance, the above loaches are primarily omnivores. Though they thrive on live worms, crustaceans, and insect larvae in their natural habitats, they will also nibble on algae.

As such, you can feed your loaches on frozen and freeze-dried tubifex and bloodworms and dry flake feed. It would also be best if you include snails and vegetable substitutes like algae wafers and soft algae in your loach’s diet.

When setting up your aquarium for loaches, get a mixture of pebbles and sand for its bottom layer so that it feels natural for your pets. You also should include a few hardy plant species to provide hiding places for the fish and aerate the tank to balance its oxygen levels.

Now that you are well-placed to know the ideal loach species for your fish tank and how to take care of it, you can start reaping all the benefits of a pet fish. 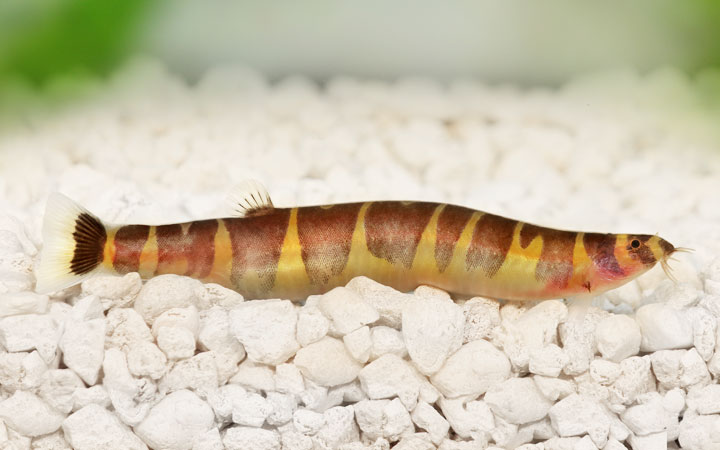 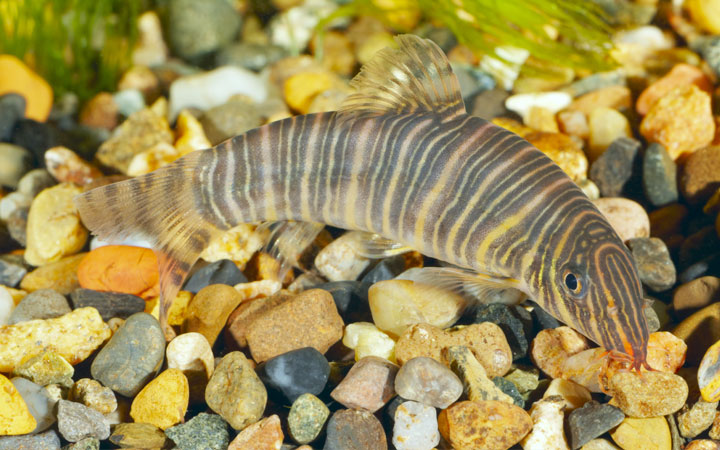 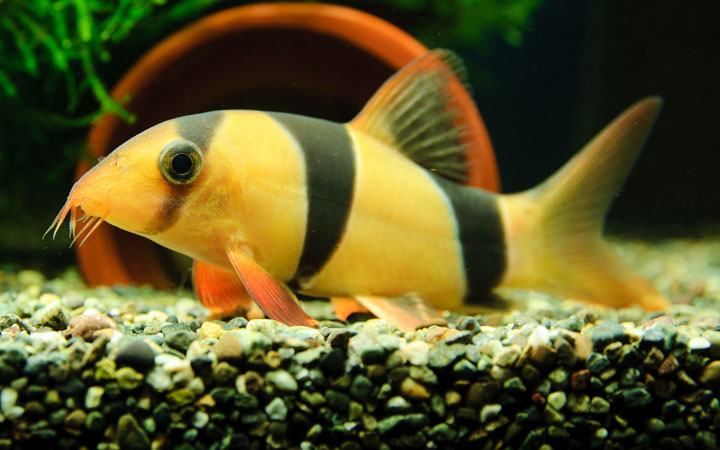