Often referred to as the kings of the aquariums, discus fish represent today one of the most wanted aquatic pet species on the planet. So, if you are in the hobby even for just a few days, discus fish are one of those animals which have certainly crossed your conversations at least a couple of times. 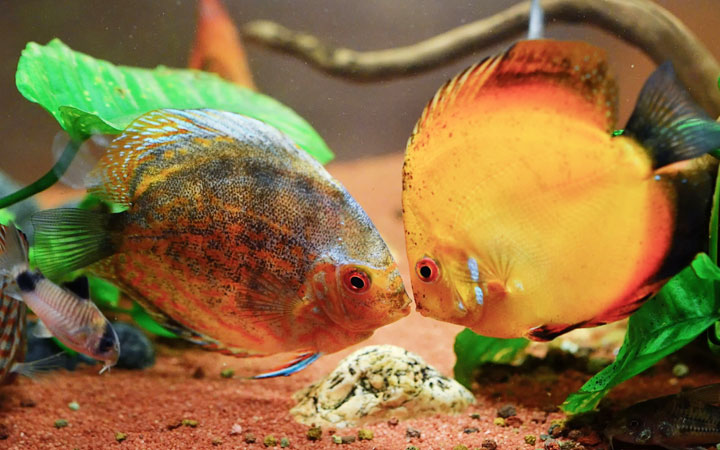 Indeed, there is a whole movement today which is fully dedicated to discus fish keepers and lovers. Such demanding pets are not suitable for inexperienced keepers, but they bring so much joy and pride to those who have the space and the expertise to care for them. And still, a few interesting and fun facts about them may actually be read for the first time today.

1. Discus Can Change Their Body Color

A more commonly known fact states that the body coloration of a discus fish can start turning darker under severe states of stress, but also because of various sicknesses and diseases.

However, many people do not know that their color can actually become more intense and vivid when feeling frightened or when mating. This is because they are naturally designed to change colors in order to showcase dominance to other fish, but also for spawning purposes.

Even though they are mainly schooling fish and love spending their lives among groups of their own species, choosing their breeding partners is a whole different story.

Indeed, even when kept in a tank with other females and males, these creatures will mostly find a single suitable love companion. And they will choose it again during their next spawning period. Talking about monogamous relationships!

3. Discus Fish can Die if Kept as Individuals

All schooling fish are subject to enormous amounts of stress if kept as single individuals, but discus fish are overly sensitive to such situations, so the importance of keeping them into schools is even more enhanced with them.

Whenever you can, house at least 6 specimens inside one tank. This is extremely important, as they are naturally designed to live in groups. So, who are we to object to that?

If kept as individuals, discus fish can suffer from constant fear and stress, leading to a weakened and compromised immune system. And consequentially, making them an easy target to infections and parasites.

Keeping them as pairs consisting of one female and one male can sometimes develop into a successful life condition (among some species only) but adopting 3 discus fish will almost certainly turn into a bullying zone. They need to form a packing order, and all that is under 6 fish may soon become overly uncomfortable for the weaker ones.

4. They present a Challenge for Experienced Aquarists

Discus fish are not suitable pets for first-time aquarium keepers. Moreover, they often present a challenge even for those who hold years of experience, and especially when taking care of wild-caught fish.

The largest challenges hide between keeping their water pristine clear and their parameters super-stable. This may not seem like a demanding task, but if we take into consideration the fairly large size of these fish and the amount of waste that a 6-pack group can create, this is no easy thing for anyone.

5. They are quite Friendly when Compared to other Cichlids

Cichlids are notoriously famous for being quite aggressive pets. Their overly territorial behavior quickly develops because of a lack of food, mating times, or even some vivid coloration among other fish. However, this is not the case with discus fish.

Of course, they can still show signs of aggression from time to time, but they are rather peaceful and friendly when compared to other cichlids.

Adding to that, it is not uncommon to house discus fish into community tanks. As long as you choose their tank mates wisely, they can actually become quite the docile community fish.

Officially, discus fish are not considered nocturnal creatures. However, they clearly show much more preference to darker hours rather than brightly enlightened ones.

Obviously, they still are tropical fish and require therefore their daily dose of sunlight, but they mostly use it for resting. When evening arrives, however, they tend to become quite more active and to interact with each other.

Many owners have noticed their precious pets starting to happily swim around once they turn the lights off before heading to bed.

7. They are Smart and can be Handfed

These creatures are smart. Not only can they recognize their human keepers over time, but they can also come to say hello as soon as they enter the room.

And yes, even when it is not feeding time. You can interact with your discuses, as well as to hand-feed them. Is there anything more relaxing?

Discus fish are not just monogamous lovers, but they are also caring and responsible parents. Both of them. Actually, quite similar to mammalian mothers. How amazing is that?

Discus parents feed their babies with a sort of mucus that is secreted from the surface areas of their bodies. Plus, the mucus changes as the fry grow, allowing for different nutrients according to their development.

9. The Red Turquoise Discus is the Most Expensive Discus type

Generally speaking, discus fish are per se quite expensive fish to keep. Depending on the species and the color morphs, they can cost up to a couple of hundreds of dollars. The red turquoise discus fish, which is the most expensive among them all, has managed to sell for $550.

10. There are only 3 Recognized Discus Fish Species

When doing your research on discus fish, you have certainly stumbled upon endless color varieties and types. However, there are only 3 species of this fish that have been officially recognized until today. These include the following: 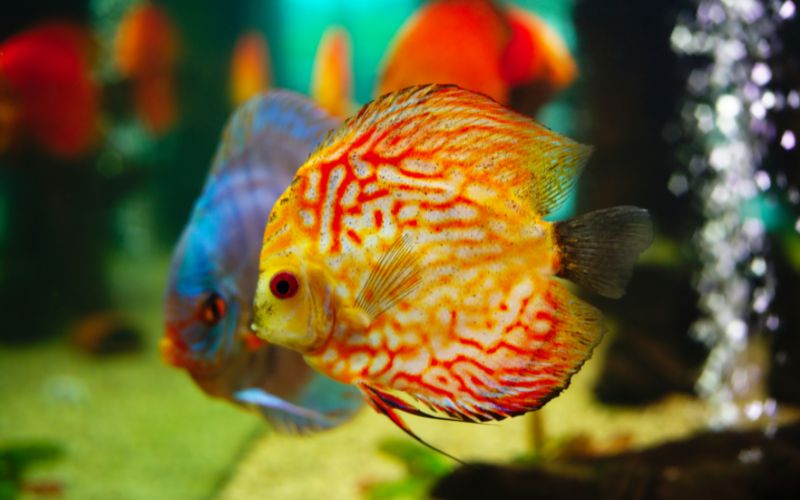 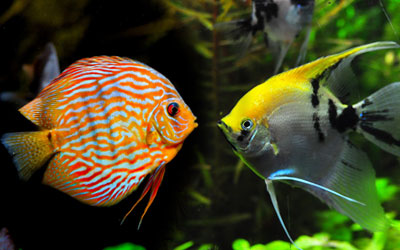 Angelfish and Discus Fish Can Live Together? 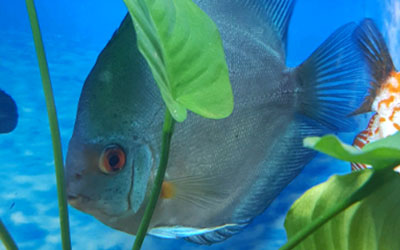 Why is My Discus Fish Hiding All the Time? 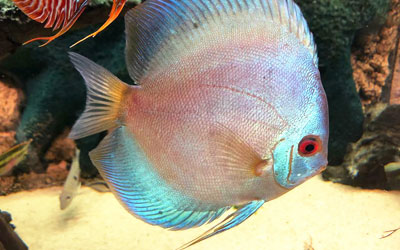 Why is my Discus Fish Swimming on its Side?