Home
Goldfish
Koi Carp vs Goldfish – What is the Difference?

Koi carps and goldfish represent today one of the most popular fish species chosen as pets. They are both extremely hardy and decorative creatures, so who would not like these beauties around? 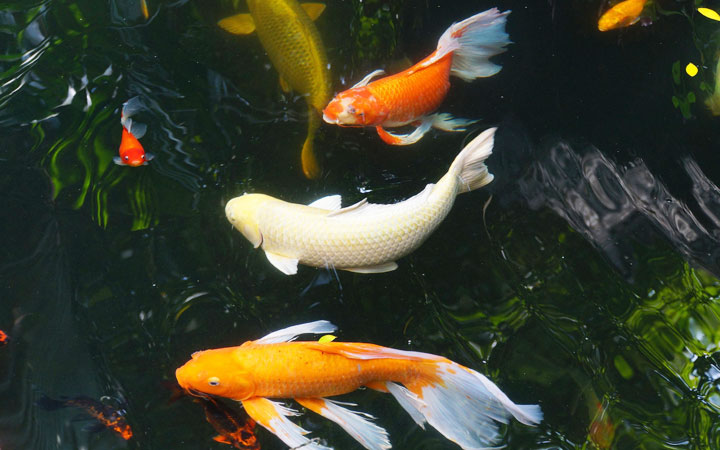 For people who own garden ponds, they are probably among the first choices ever. And they may be confused between each other quite often.

In order to help distinguishing these fantastic fish between each other, we are dedicating a whole article to the most common differences. And here is a tiny spoiler alert: the main secret stands in the barbels.

Are Goldfish and Koi Related?

They are, actually. However, they could be described as extremely distant relatives. Although they are both descendants of carps, goldfish are much older and reach back to over a thousand of years ago.

Koi carp fish, on the other side, have been selectively bred quite more recently, around the 1800’s. to conclude, these two amazing fish do share their original background, but they are far more different between each other than we like to imagine they are.

The different appearances of these two species are what makes them easy to distinguish. And the most obvious is definitely their body shape.

Indeed, koi fish always feature the typically prolonged and narrow body shape, while goldfish may feature numerous ones depending on the particular sub-type of fish. This is the definite and easiest factor to observe when making a difference between the two.

Adding to that, a good point of reference may be their tails and fins. While koi fish feature connected tails to dorsal fins, these are usually separated among goldfish.

Furthermore, as already mentioned in the introduction, the most certain way of knowing whether your fish of interest is a koi or a goldfish, stands in their barbels. As simple as it gets, koi fish have barbels on their lips, while goldfish have none.

Observing the body coloration among these spectacular creatures is probably the easiest way of telling them apart. Indeed, koi fish have been selectively bred for many years now with a single purpose: obtaining mesmerizing color combinations.

Therefore, you can expect seeing these beauties in the most various variations, with some even featuring distinguishable markings and color intensity. In fact, this is what makes koi fish that special.

Goldfish, on the other hand, can still feature many color variations but in a much more “natural” way.

Their most common colors include red, orange and yellow, but they may also have some splashes of white or black. All of these colors are also available among koi carps, but in much more regular patterns.

Body size is the ultimate factor which helps in distinguishing these two far relatives. With koi carps obviously being much, much larger.

These garden adornments may grow up to a fantastic size of even 4 feet over time. And this is exactly why they are mostly kept in outdoor ponds. Could you even imagine the required space of an indoor tank for these enormous fish?

Goldfish, oppositely, may grow as little as 4 inches during their adulthood, although some specimens may become much closer to 1 foot of body length if plenty of living space is provided.

The life expectancy varies dramatically from koi carps to goldfish. And this is, mostly, influenced by the way in which these fish were bred in the first place.

Therefore, koi fish which have been captively bred for many years now are also able of surviving much longer during their life in captivity. For healthy fish which have all the proper living requirements and are conserved well during wintertime, you can expect them to stick around for at least 25 years.

This is the usual minimum, however, as many koi carps are nowadays reported to living for even 40 or 50 years.

Goldfish, as small as they are, can live around 10 or 15 years with proper care and high-quality nutrition. Still not bad for a pet fish, right?

When it comes to food, these two share quite a lot of similarities, actually. Both species have unique teeth which are located deep into their throat and are used to grind meals.

Also, none of them has a stomach, so they can be overly sensitive to the amounts of whatever they decide to eat. And finally, both are omnivores creatures, meaning that they feed both on meat as well as on plant matter.

To conclude, you can basically feed them with the same type of commercial food but be sure to choose appositely sized meals. With goldfish being much smaller, they can only digest smaller foods.

Can Goldfish Live with Koi Carp?

Generally speaking, they can. However, please keep in mind that koi fish can soon exceed goldfish in size, and by exceed we mean even double or triple it. Consequentially, this may present the hazard of your goldfish becoming a meal in no time.

There are tricks such as plenty of hiding spaces which you can use to keep their life in harmony, but koi carps will still happily swallow anything that fits into their mouth whenever they get a chance to.

Can Goldfish Breed with Koi?

Yes, goldfish can breed with koi, and this is not an unusual sight during recent times. Hybrids are much less vibrant in colors and are usually born sterile, meaning that they cannot re-produce any further.

Also, it is not unusual for their barbels being a hybrid version, too. With goldfish having none and with koi having two sets, their children may often display just one set of barbels.

When talking about the most beautiful yet most common fish pet choices among modern aquarists and garden enthusiasts, both goldfish and koi carps are among the very top of such list.

And even though they can be confused by their humans sometimes, they are different fish species and deserve therefore to be treated separately. What is your favorite? 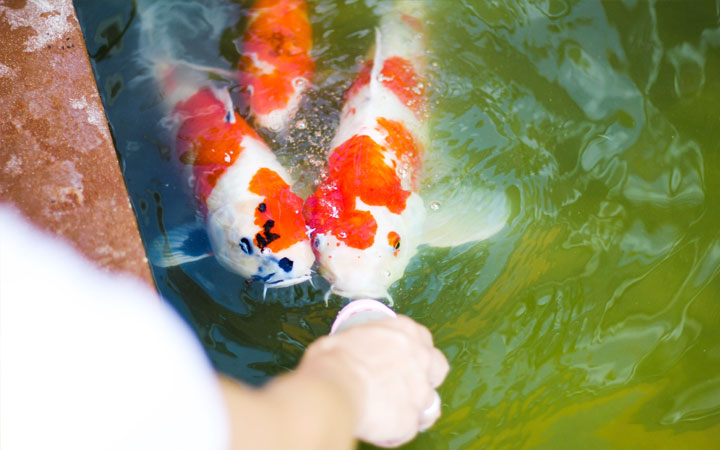 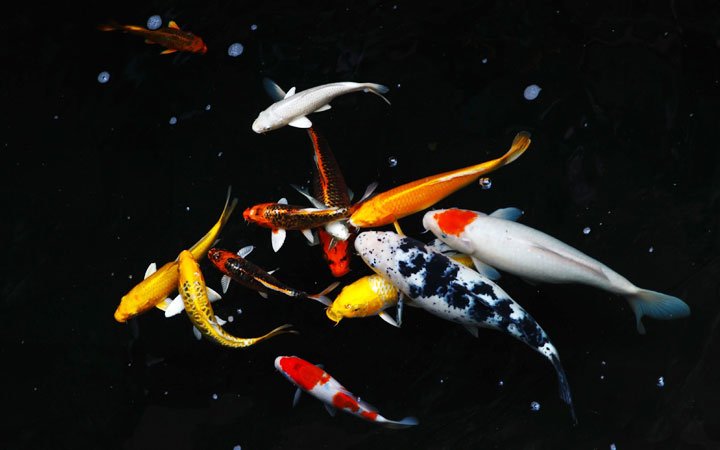 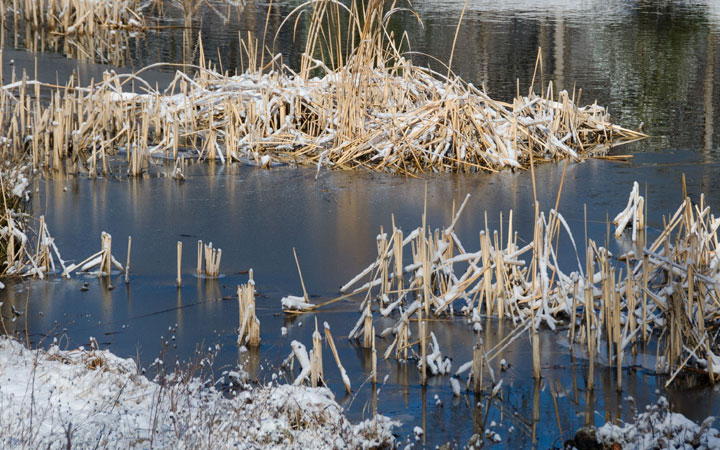