Can Neon Tetras Kill Other Fish? Facts to Consider

Neon tetras are probably among the most peaceful fish pets out there. They are tiny, timid, and work best when kept in larger groups, among which they can feel safe and protected. 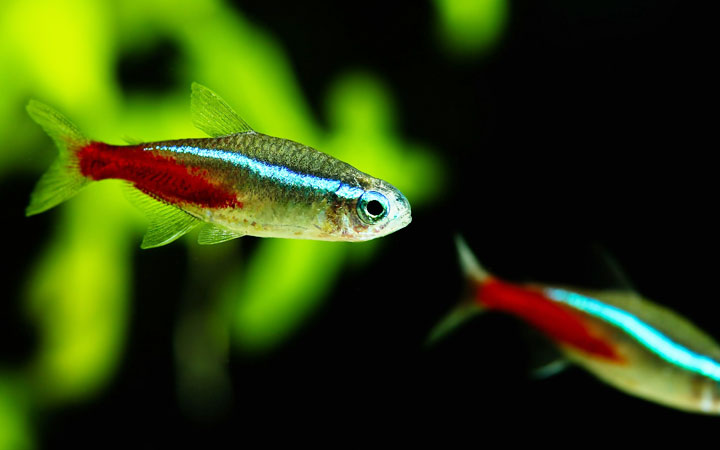 However, they may sometimes show aggressive behavior, just as any other fish. If you are asking yourself whether they make a good addition to your community tank, that depends on the other species you wish to house there, as well as the space you are willing to ensure.

Why Are My Neon Tetras Fighting?

If you notice your usually friendly neon tetras fighting, this is most likely happening between specimens of their own species.

Indeed, these little fish can sometimes become aggressive towards each other, although they do not tend to get into conflict with other fish. Below are the reasons which mostly bring these amazing pets to get into a confrontation.

Neon tetras are schooling fish and they live in smaller or bigger groups during their entire life. This is their natural way of defending themselves from natural predators and feeling safer. If such requirements are not met for your pets, they will certainly start acting aggressively towards each other.

In such cases, it means they are simply overly stressed because unable of forming a functional school. Therefore, their only method of contemplating severe stress is by releasing aggression through the other side.

Please always keep your tetras in groups of at least 6 specimens. If you can house more across your tank, do not hesitate to do so. Your costs and efforts will basically remain unchanged, but your fish are happiest in larger groups. The bigger, the better.

Just as most other fish, male tetras will simply fight off any other male over their beloved female, even among a single group. Indeed, if you own multiple males, they will have to prove which one is more dominant and stronger to ensure that he can choose his own female to breed with.

Adding to that, some first-time owners often have trouble in distinguishing the actual breeding process from a fight. Indeed, two of your pets may seem as they are fighting when they are actually not. Neon tetras breed by spawning.

Before releasing her eggs into the water, the female should have a slightly enlarged belly. Also, the male will circle around her before fertilizing the eggs, mostly in a square pattern.

He will feature some quick and jerky moves every now and then, too, so they may seem as being aggressive when they are actually not.

Sometimes, your pets will seem quite aggressive towards other specimens, when in fact they are simply doing their own thing. Indeed, if you notice them nipping fins on others, they are probably simply trying to upkeep with their group.

Furthermore, your older neon tetras may bully your latest arrivals, by nipping their fins and rejecting them from the group at first. They are simply being ˝adolescent bullies˝ and they will stop after a while.

Additionally, they may become hostile when trying to establish a different hierarchy order across their group. A larger male may sometimes decide to provoke the alpha specimen and challenge it to take over its position.

This is normal behavior and, as long as it is happening occasionally, there is nothing you should do to stop it.

Sadly, a small tank size or an oversized tank seems to be the most often reasons for neon tetras fighting.

These iridescent creatures sometimes feature a funny swimming pattern. Indeed, they always need to swim together, as a group.

This can lead to some fish simply staying behind or having to cross the path of others, if there is not enough place for the size of their group. Obviously, if anything like that happens, they will become aggressive.

Such behavior is extremely easy to avoid by simply housing your tetra school into an adequately sized tank. If you, for instance, decide to start with a small group of 6 fish, you should keep them into a tank of at least 10 gallons, to allow enough space for each of your pets.

Can Neon Tetras Kill Other Fish?

Although neon tetras can kill specimens of their own kind when being severely stressed, they usually tend to avoid getting into conflict with other species.

Indeed, both because of their timid temperament and their tiny size, they are basically incapable of killing other fish.

What they can and will do, however, is to eat fish fry. Being omnivores, they will eat anything that fits into their mouth. They will also eat fish fry, both of their own species and of their tank mates.

Neon tetras tend to be fin nippers only when it comes to their own kind. And among their own schools.

Otherwise, they do not nip on other fish, and they rarely get into a conflict other than with their own kind. However, they will happily feed on live fry if they can find any across the aquarium.

Can You Only Keep 3 Neon Tetras?

We highly discourage of keeping any neon tetra school unless there are at least 6 specimens in there. If you keep just 3 of them, your fish will be severely stressed.

This will lead to increased aggressive behavior towards other fish and to a weakened immune system. Your fish can either kill each other or die from health complications.

If you are still wondering whether to adopt neon tetras according to their behavior, please keep in mind these tiny fish are extremely docile and peaceful. And even friendly.

Just as any other living being, they can show increased aggression if they are under stress, panicking or simply living in a too-cramped space. This is, however, easy to avoid by providing ideal environmental conditions to your new pets.

Once they adapt to their home and their tank mates, they will happily swim around simultaneously, offering you spectacular observing moments. 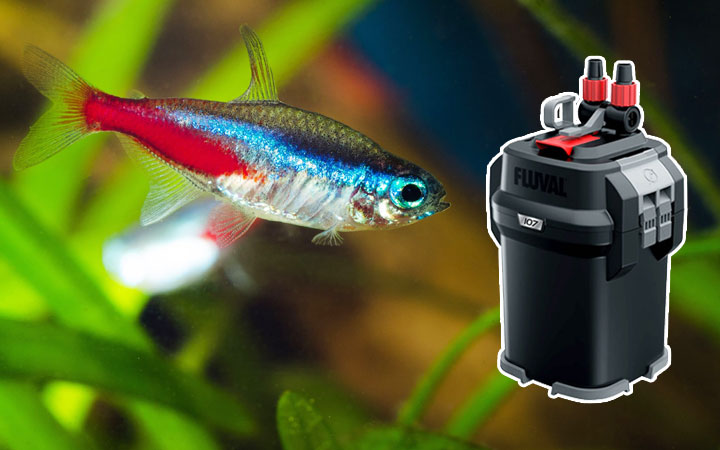 Do Neon Tetras Need a Filter? 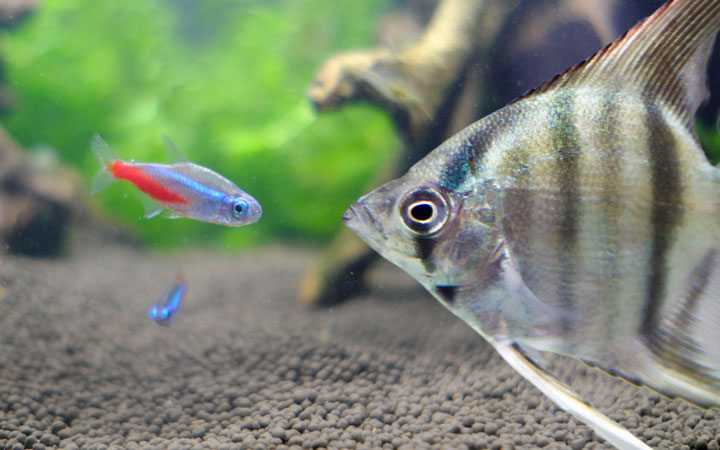 Neon Tetras & Angelfish – Can They Live Together? 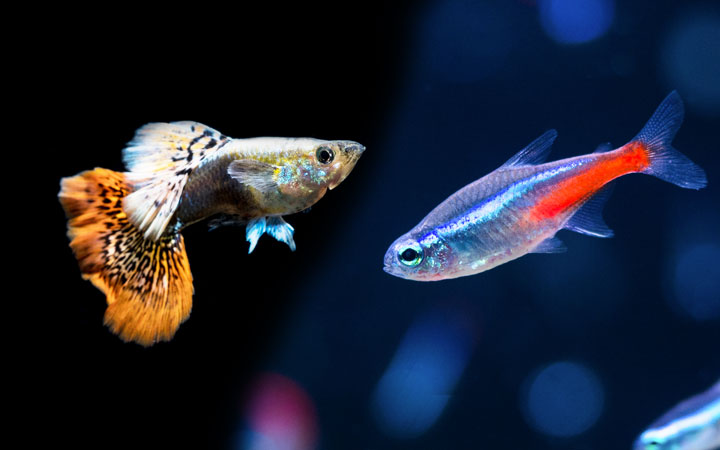 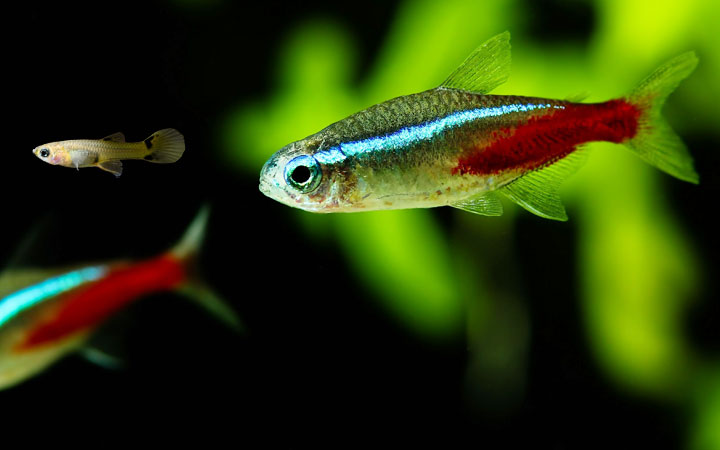