Platy Fish and Cherry Shrimp – Can You Keep Them in Same Aquarium?

As a platy fish and shrimp enthusiast, I often come across questions from less experienced aquarists that inquire if you can keep platy fish and cherry shrimp in the same aquarium.

Whether you want to add platies to an existing community aquarium, or you’re wondering if you can add shrimp to a platy aquarium, I’m here to get you answers.

Platy fish are compatible with many other peace-loving freshwater aquarium fish, but not invertebrates like cherry shrimp. And no, different water requirements is not the issue. 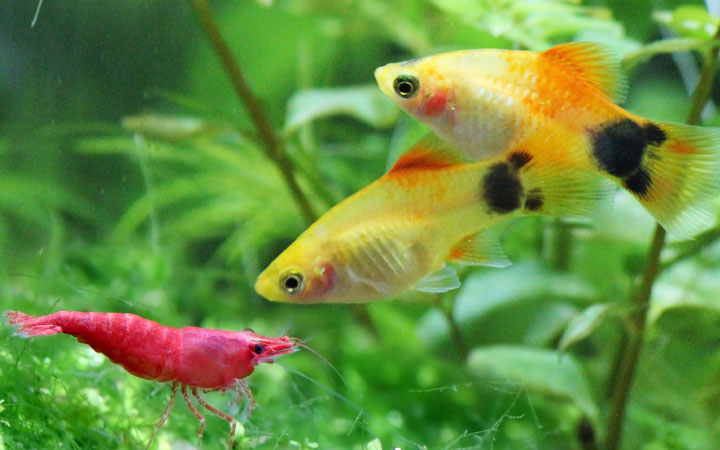 Generally, dwarf shrimp like cherry shrimp should not be kept together not only with platy fish but any fish at all. Therefore, cherry shrimp aren’t a good match for your platy fish.

Here’s why you shouldn’t attempt to keep these two together:

Why You Shouldn’t Add Cherry Shrimp to Your Platy Aquarium

Cherry shrimp are small and defenseless creatures. They sport bright red colors, making their attempts to hide from fish a losing battle.

It’s also the reason why cherry shrimp that live in the wild don’t have the bright coloration of shrimp that were selectively bred in captivity.

Although platy fish are relatively smaller fish compared to other freshwater fish, I would still discourage you from keeping platies with cherry shrimp.

Here’s why it won’t work:

1.  Platies Will Hunt Down Your Cherry Shrimp

Don’t expect your platies not to get a go at cherry shrimp. Even though adult cherry shrimp don’t readily fit into the mouths of your platy fish, that won’t stop them from picking at your shrimp, injuring them or tearing them apart.

Cherry shrimp don’t grow larger than an inch and cannot defend themselves against predators. Their bright red colors for which they’re bred aren’t in their favor when it comes to staying hidden from predators.

Some fish-keeping guides will suggest adding a lot of plants to your aquarium to provide coverage for cherry shrimp. This may work out for a while, especially that cherry shrimp like to explore the aquarium in search of food and it’s only a matter of time until their paths cross with hungry or curious platies.

3.  Feeding Cherry Shrimp is a Challenge in a Platy Aquarium

While cherry shrimp enjoy munching on algae and leftover food, they can’t be expected to survive solely on leftovers.

Problem is that when feeding time rolls around, platies will devour most of the food you’re putting into the aquarium, even if you’re intending that food for your cherry shrimp.

Because feeding will be made difficult, you won’t be able to meet all dietary requirements of cherry shrimp and they’ll suffer as a result. That if they’re lucky not to be mauled by platies first.

4.  Breeding Cherry Shrimp in a Platy Aquarium is Twice the Challenge

Cherry shrimp breed very easily and often, which is good news since they have short lifespans. They only live for 1-2 years, but they’re the easiest to breed of all the dwarf shrimp species.

In an aquarium where there are platies, however, all breeding attempts will fail, since baby shrimp will fall prey to hungry platies.

Although I discourage keeping fish and cherry shrimp together, there are a few options that could work like Otocinclus, Danios, and Plecos, which are smaller and more peaceful fish.

Technically, shrimp that have the same water and keeping requirements would make a good tank mate, except that I don’t recommend mixing different shrimp breeds. The reason is that the offspring that will result will be weak and have dull colors.

You can achieve best results if you stick to the one shrimp species per tank rule. This will ensure that your shrimp are safe, are well taken care of, and they don’t produce weak offspring.

We’ve established that platy fish and cherry shrimp aren’t compatible. But are there any shrimp varieties that you could keep with platies without worrying that your shrimp will get eaten?

Size and coloring were the major problems with keeping red cherry shrimp and platy fish together. One shrimp that could make a good platy tank mate is the Amano shrimp.

It’s larger than the cherry shrimp and thanks to its almost transparent body, it’s a master of disguise. It can easily hide away from platies and go unnoticed.

If you make sure you feed them sinking foods and provide optimal water conditions along with live plants for hiding, you can get away with keeping platies and amano shrimp together.

In terms of fish compatibility, platies are compatible with many peaceful freshwater fish like guppies, mollies, endlers, neon tetras, zebra danios, swordtails, and many more.

If you’re looking for something a bit different, you can keep snails with your platies including nerite snails, rabbit snails, trumpet snails, and ramshorn snails.

Since cherry shrimp lack any defense mechanisms against platies and not even hiding can help them, they shouldn’t be kept together with them.

If you’re hell bent on keeping some shrimp variety with platies, the amano shrimp is one of the larger types of the dwarf shrimp and they have both size and color in their favor to protect themselves.

Snails are another good option if you want tank mates other than fish. Snails have “built-in” defenses against fish and can be a good option for a platy fish tank.

I hope this article has answered your question about platy fish and cherry shrimp compatibility, and now you know why they’re a bad match.

Whenever choosing tank mates for your fish — be that other fish or invertebrates like shrimp — always check to see if they can be kept together and what are the conditions in which you can keep them together. 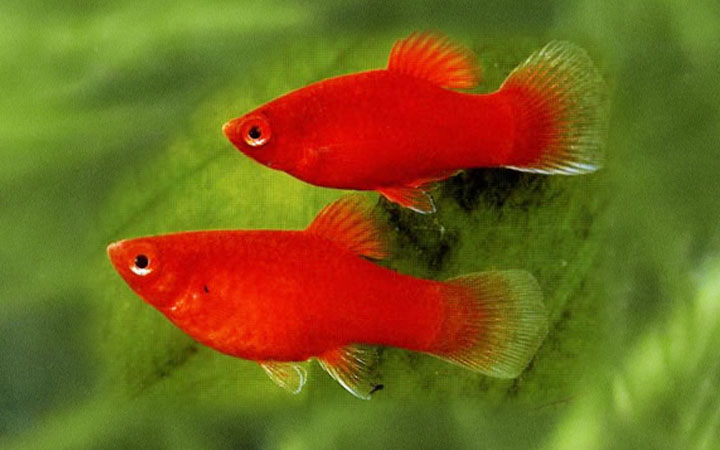 How to Breed Platy Fish? 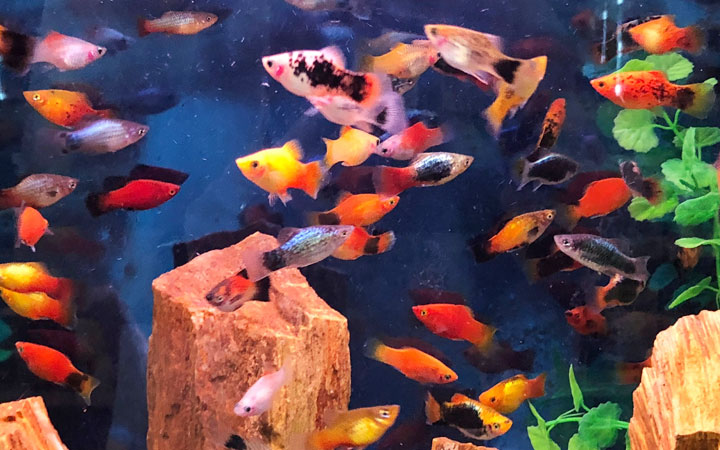 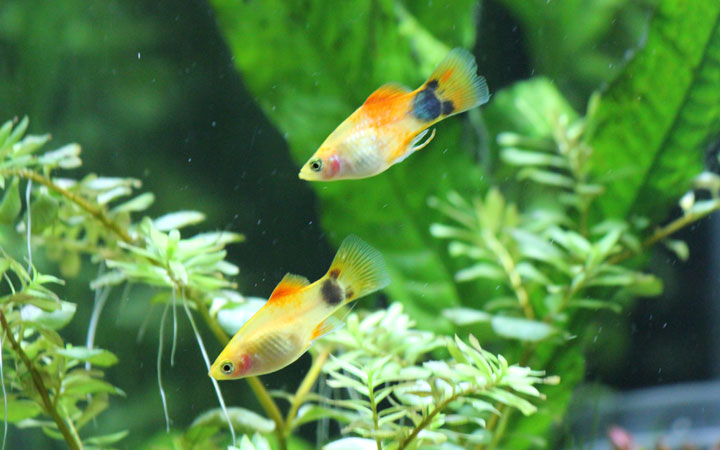 Can Platy Fish Live Without Oxygen? 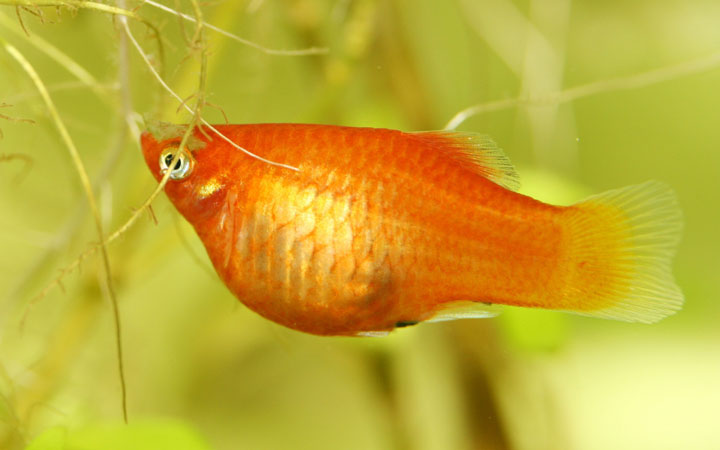