Plecos: a synonym for the most helpful aquarium cleaners on the planet. These adorable bottom-feeders have been our pets for years now, thanks to their ability of climbing glass and rock surfaces and removing all the impurities and algae residues from the tank. 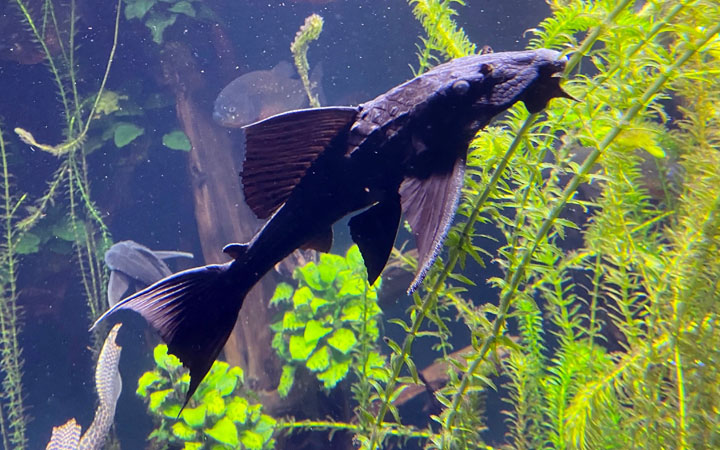 They are also extremely peaceful and docile pets, so they often make a greatly helpful addition to any community tank. Plecos certainly do not require any special introduction, but perhaps a few fun and interesting facts about them would entertain some of you.

And who knows, you may just decide to adopt some of these amazing creatures into your home.

1. Plecos have especially designed Mouths which allow for Climbing Activities

An exclusive design from nature itself allows plecos to literally adhere to rock and glass surfaces, and to climb them as out of a joke. And indeed, they can be defined as a suckermouth type of catfish. Such special feature is extremely handy for these creatures, as they can use it to move onto various surfaces without having to struggle at all.

They do so especially when looking to have a tasty meal consisting out of algae and algae residues. This certainly makes them the ultimate helpers for those keepers who are not eager on cleaning their tank surfaces a lot.

2. They have the ability to Shut Light Out thanks to their Omega Iris

Apart from having special mouths, plecos also own special irises. These are modified and are often referred to as the omega iris. The dorsal part of the iris can expand downwards across the pupil. This will eventually form a loop, which can both contract and expands, allowing the fish to adjust light levels to its needs.

Plecos are mostly nocturnal creatures, meaning that they prefer moving around their tank during nighttime. And, thanks to their omega iris feature, they can do so without any disruption. Talking about adaptability!

3. Plecos have unique Teeth-Like Formations which allow them to Scratch Algae

Even though plecos do not have standard teeth as we know them, they still have teeth-like formations on the inner part of their mouth. This allows them to scrape algae from various surfaces without being harmed. And yes, if a pleco happens to bite you, it may leave some damage to your finger, or at least a brief sense of pain.

Depending on the specific type of pleco, these fish can sometimes feature quite strong and powerful teeth. Indeed, some of them are specifically designed for being able to scrap wood.

How amazing is that? If you are looking to adopt some of those pleco types which have stronger teeth, you should avoid setting up an acrylic tank, as this would not last long.

4. They feature Heavy-Armored Plates on their Bodies

Plecos are often referred to as armored catfish. And indeed, they really do feature heavy-armored plates all over their upper body parts. Basically, these are longitudinal rows of scutes, and they are extremely thick and strong.

Thanks to them, plecos are often very well protected from the attacks of other fish, unless they are small enough to entirely fit into their mouth.

5. Plecos are Notorious for Feeding on Dead or Dying Fish

Even though plecos are considered as peaceful and docile pets, they are opportunistic feeders and not picky at all. Whenever there is a weakened fish across a tank, they will try to feed on it.

Yes, even while it is still alive. But also, after that. Plecos will help you in cleaning unwanted algae, but often also in cleaning dead fish bodies. Not a pretty sight, but still part of the natural order.

On top of that, many goldfish owners have reported that plecos have tried to feed on them. With goldfish having an extremely tasty slime coat onto their body surface, plecos will eventually want to eat such coat, leaving the goldfish vulnerable and weak.

6. They are amazing Jumpers

Apart from being able to climb surfaces like professional athletes, plecos can also jump. And this is not an uncommon activity, so please make sure to carefully setup an appropriate lid cover to your pleco tank.

If your pleco does happen to find its way out of the tank, it may still survive for another while. They are capable of storing oxygen stocks inside their bellies, and surviving on them for several hours while being outside out of the water.

7. If not Raised Together, Plecos will attack their Own Species

Plecos are not aggressive fish. However, they love having a nice portion of the substrate just for themselves.

Therefore, once they grow up to their adult phase, they can often attack their own species over their favorite part of the tank bottom. Especially if the other pleco is a new arrival. Oh, what a fight can this quickly turn into!

If you are looking to breed your precious plecos inside their captivity tanks, that may be quite of a mission impossible. Well, not entirely impossible, but extremely rare. There have been a few successful cases of plecos breeding inside tanks but obtaining that is quite difficult and complicated.

To begin, you should ensure caves that are suitable and spacious enough. They reproduce by spawning, and their favorite place for that is inside a cave.

9. They are Present along the Drainage Canals of Houston and Rio Grande Valley

Plecos are extremely adaptable to various water specifications. So, it is not uncommon to spot them across those areas where they usually do not belong at all. For instance, modern plecos are present along the drainage canals of Houston and Rio Grande Valley.

Obviously, they have not ended there on purpose, but they were rather released by irresponsible owners who did not have the decency of finding them another home.

10. The Father Pleco Takes Care of the Babies

Pleco dads are quite the responsible parents, and they take care of their precious babies for several months, until they are ready to continue exploring independently. 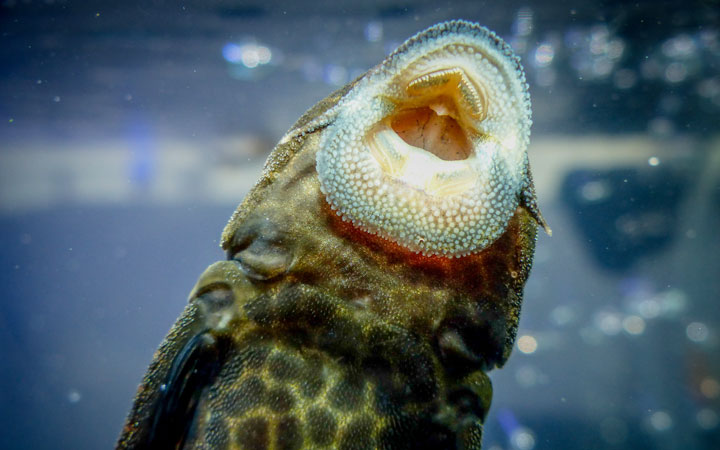