Do swordtails lay eggs? No, they do not. Swordtails are livebearers and therefore they give birth to live fry. They are easy to keep and easy to breed fish. That makes them a perfect choice for beginner aquarists. 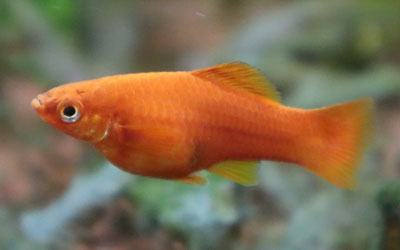 Like the other live bearing fish, swordtails do not require any form of intervention in their breeding. In fact, there is a very popular joke among the aquarium pets lover that all you need to do to make you swordtail fish pregnant is add more water.

That sounds like an exaggeration but keeping female and male swordtails together means that you will deal with new fry more frequently.

The fish have a tendency of getting pregnant immediately they give birth. So, you might feel like the fish is always pregnant and therefore forget how non-pregnant swordtails look like.

After three months, every fry will have matured to contribute to the population of the aquarium. That means if you are not careful, a few swordtails will overpopulate your aquarium tank within a few months.

Separation of the fish according to their sex might sound like the most viable solution. Even though it is effective to some extent, their separation might bring more surprises.

Some people claim that they witnessed their female swordtail change into a male after they had kept it in a female-only aquarium for a very long time. Researchers contest the phenomenon with other theories such as those are the late-blooming males that develop genitals late in life.

Females are also known to breed in the absence of males. They are able to store sperms inside them for up to eight months and can get pregnant severally after one insemination. Another interesting thing is that they can breed with the other livebearer species like platy fish.

Swordtails are a good choice for beginner aquarists because they need less care and give birth periodically if the water conditions are good and the owner provides them with enough food. The fish is tolerant to a wider range of water condition and has a peaceful temperament. As their name suggests, they are very long, thin and feature an elongated sword-like tail.

They are livebearing, which means that they deliver live fry and do not lay eggs. The young are very easy to rear and you can place them in the same tank with the adults.

Swordtails are livebearers and they will deliver live young ones. For people who want to breed fish, livebearers are a perfect choice because they breed with no intervention from the owner.

The young ones are fairly large and free swimming after birth, which means that their chances of growing to adulthood are higher than those of the fish people raise from eggs are. However, to breed swordtails, you will have to maintain a higher number of females than that of males – preferably a ratio of three females to one male.

During mating, the males are known to swim continuously near the females and nip at them. That process might be stressful for the females and the continued advances from males may wear them off.

Keep a larger number of females to reduce the levels of stress in females. When kept in large numbers, the males will also fight for dominance. Therefore, keep a few males and larger swimming space. Overstocking an aquarium tank will result in heightened stress.

As we have stated above, the fish do not need any intervention from the owners when it comes to breeding. However, you will have to do a few things, after placing them in an aquarium tank. Here is what to do.

Pregnant swordtails show varying pregnancy signs and even though their gestation period is 28 days, it can be hard to gauge whether they are pregnant or not. Always remember that the gestation period of females highly depends on various conditions such as fluctuating water conditions, the dieting changes, and the amount of stress the female encounters.

On the day before birth, the fish will be lethargic, will not eat, will be territorial and might hide towards the aquarium tank backside. Just before birth, you will have to remove the mother from the community tank and place her in a breeding box so that the young ones can survive.

The adult swordtails do not have maternal instincts. Actually, they are likely to eat their babies without any guilt. In other words, the biggest threat to your baby swordtails is the adult fish in your aquarium. Fortunately, we have three tried and tested methods of keeping the fry safe. Here they are.

Transferring the fry or the adult fish to a different tank

After the swordtail gives birth, you may remove all the adult swordtails from the aquarium or the babies, whichever is easier. That way, you will protect the young ones from hungry adults. This step is more beneficial because it will reduce the amount of waste in the aquarium tank.

If you do not want to move any of your fish from the community tank, you can add more live plants in the tank to provide the fry with a better hiding place. Busy dense plants are a good choice. Most aquarists prefer java moss because it provides the perfect refuge for the newborn fry.

You can get a breeding trap from your local pet store at a low price. After buying the plastic container, you just need to dip the pregnant swordtail in it. Avoid isolating the fish unless she is very close to giving birth because isolation may induce stress.

After that, the mother will not be able to reach the babies and eat them. The chances of the fry swimming back to the top compartment are very low but you will have to remove the mother from the breeding box and back to the community tank after she gives birth.

Also, remove the plastic piece that separates the fry from the mother so that the fry will have adequate swimming space. Do not raise the babies in the breeding trap for a long time because the water might stagnate and it can cause stunted growth.

You can also check out my other article, where I go into details on how to care for baby swordtail fish.

The commonest live-bearing aquarium fish include platies, mollies, guppies and swordtails. All livebearers are hardy and people see them as the best aquarium fish for the beginners. Livebearers exist in four different families.

Three of the families came from the Americas and were introduced into the Asian waters before their spread to the sub-tropical and tropical areas, such as Southern Europe. The molly, guppy and swordtail are some of the fish in the largest group known as the live-bearing Toothcarps. Mexican Topminnows, Splitfins, and the Four-eyed Fish are the others. The Halfbeaks originated from Asia.

Most of the common live-bearing fish are not aggressive and they will get along with any other fish species. Mostly, they live in shoals and swim in schools of over five fish. In your aquarium, groups establish hierarchies and the dominating alpha will show vivid colours. However, male swordtails are more aggressive towards each other. Their groups consist of a single male and several females.

What is the gestation period of a swordtail fish?

The gestation period of swordtails is 28 days. The period can vary by several days depending on the condition of water in the aquarium tank but after the swordtail has given birth severally, you will be able to know the period.

It can be hard to determine when the swordtail became pregnant too, which means that you will have to use other pregnancy signs to know when the fish is ready to give birth. Some of the factors that affect the gestation period include fluctuating water condition, the diet and the amount of stress the fish is going through.

How many fry can a female swordtail fish deliver at a time?

The females mostly give birth early in the morning. One day or two before the delivery, their belly will look squarish. A female can deliver 5-50 fry born at a time depending on its size. That means you will have to prepare the space for the newborn fry.

Parents will not take care of their fry. On to of that most of the time adult swordtails will eat their fry, so if you want to save them, you will need to take extra steps.

Do swordtail fish give birth every month?

A swordtail can get pregnant immediately after giving birth and it will give birth again after 28 days. However, that will highly depend on several factors such as the diet and the water conditions.

A properly fed female will give birth each month even if there is no male inside the aquarium tank. Swordtail females can store sperm for even 6 months after one encounter with a male. 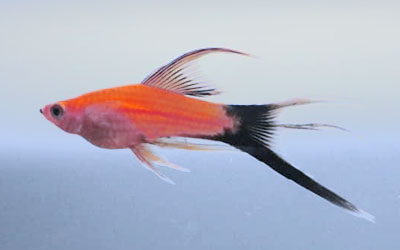 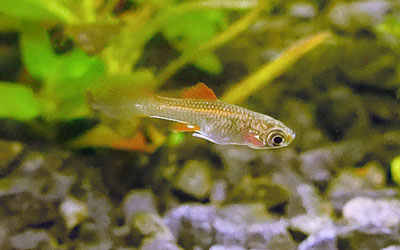 Why do Swordtail Fish Eat Their Fry?