As their name suggests itself, freshwater stingrays feature a venomous barb as part of their natural defense mechanisms. They can cause tons of damage to the animals they decide to attack, but they can also bring significant amounts of pain to humans. 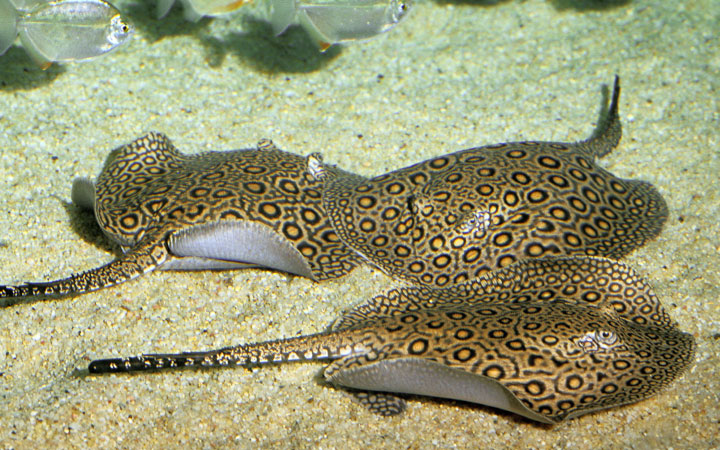 On top of that, they are greatly agile and strong creatures. They are opportunistic hunters, meaning that they basically spend time buried below the fine sandy substrate and simply wait for their live meal to pass by.

They are actually able of swallowing crustaceans and shells entirely, crushing all of their hard parts, and not bothering to separate them first. But does that imply that freshwater stingrays are aggressive pets?

Well, not really. They are actually known for being quite the docile pets once they get comfortable around their new environment, and they can even become friendly over time.

These spectacular aquatic creatures are not really territorial. Obviously, if there is not enough space provided across their captivity homes, they will tend to feel cramped and this can easily trigger territorial behavior in them.

But these cases are extremely rare. Indeed, with their fairly large body size and their requirements for being housed into huge tanks, there is barely an open opportunity for them to feel threatened.

If they decide to use their poisonous barb which is located towards the end of the tail, there must be a perfectly good reason hiding behind. When it comes to humans, they will mostly experience dangerous and highly painful stings only when they either accidentally step on their pet or because seriously harassing them.

Therefore, if we would need to classify them according to their aggression, we could define them as semi-aggressive.

As long as there is plenty of open space left for your rays to swim around and there are no oscillations in water parameters to trigger bad feelings, your pet should be actually more friendly than territorial.

Yes, all creatures which have jaws and teeth can eventually decide to bite. However, freshwater stingrays mainly decide to use their mouth for feeding and their barbs for attacking (or, more commonly, for defense).

Even though your stingray pet will probably not bite you, it does have the power to crush your bones if it wants to. Actually, the larger your ray is, the more powerful jaw will it have.

Generally, stingrays are designed in such a way for being able to crush shrimp or shells or any hard part of their prey. That means, if you own a large specimen, it could potentially crush your bones, too. However, there is no big need to worry here.

Even if your pet does decide to bite you from time to time, this will mostly come as a warning sign of controlled intensity rather than a try to break you apart. Also, they have absolutely no venom inside their mouth or teeth.

Do Freshwater Stingrays Attack Other Fish?

Freshwater stingrays are not considered to be aggressive creatures, but they still are purely carnivorous.

Therefore, they will usually avoid getting into conflict with those fish that do not fit into their mouth and will most likely simply ignore them, but they will happily ingest any fish which is just of the right size to become its meal.

Also, spending most time along the bottom of the tank, they will constantly search for tasty worms or shrimps or anything similar they can find around. These will all get eaten by your ray, so it is necessary to avoid unsuitable tank mates.

Why do Freshwater Stingrays Chase Each Other?

If you own multiple freshwater stingrays and you notice them chasing each other, this is probably happening because a male is trying to breed with a female. Indeed, when such time arrives, the male specimens seem overly aggressive as opposed to their standard behavior.

They will grab the females forcibly and hold onto them tight with the help of their teeth. They can literally bite their females until the breeding process is not complete.

When observing them, this may seem extremely unpleasant and some owners even like to separate the females to an isolation tank every once in a while, to allow their beloved females to rest and de-stress.

Alternatively, some stingrays tend to adapt to living in schools, so seeing them chasing each other may mean they are simply schooling.

Stingrays may be classified as dangerous creatures because of their embedded ability to harm those who mean bad to them.

However, that does not have to mean that they are either aggressive or territorial pets. In fact, they are quite friendly and docile companions once they get settled in.

If you are thinking of adopting such amazing fish, a dose of caution is certainly required, but that is all. By providing them enough space, a healthy diet, and ideal water parameters, rays can become quite the interactive companions. 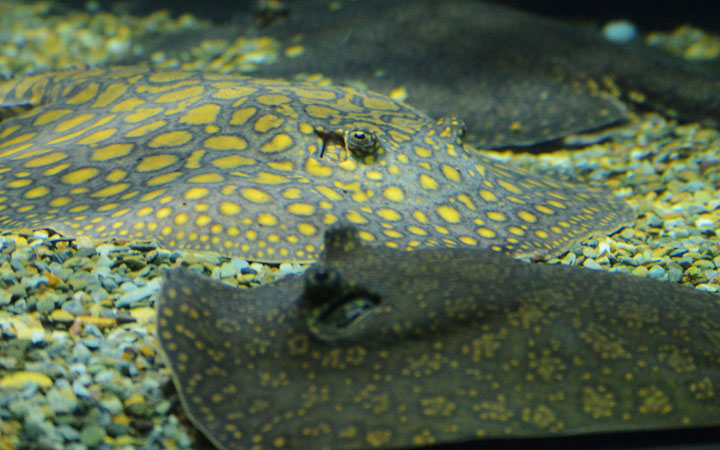 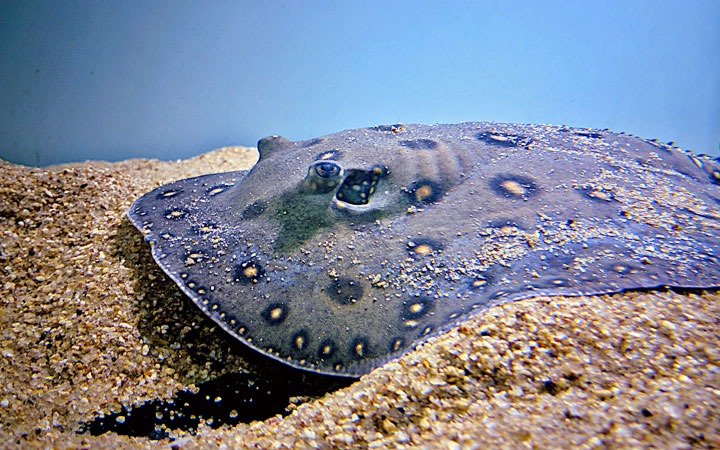 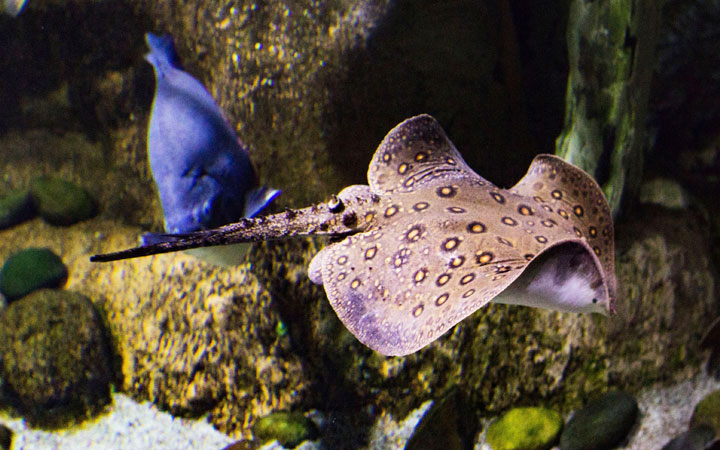