Home
Shrimp
How to Kill Planaria in a Shrimp Tank?

A planaria infestation is among the worst nightmares of any shrimp keeper. With a length of 0.1 to 0.6 inches, these flatworms are easy to miss, and you will get frustrated trying to determine what is killing your shrimp.

Planaria mostly thrive in tanks with a lot of leftover food, and they are particularly hard to eliminate because they are asexual. The worms are known for growing new bodies even after you cut them in half.

3 Ways to Get Rid of Planaria in Shrimp Tanks

It is advisable to get rid of planaria as soon as you spot them by using any of these methods:

If your tank has low populations of planaria, you can use traps, although it will need some patience. The traps are set up with a bait like mosquito larvae to attract the worms. If you leave the trap for the night, you can expect to see some trapped worms by morning.

You can then place the trap in boiling water to kill them effectively. Repeat the procedure a couple of times to bring the planaria to manageable levels.

We recommend this functional trap from Aquarium Supplies if you want to control the populations of planaria in your tank. It comes with a 3-hole design such that the worms trapped in the tube have no chance of coming out.

The trap is incredibly to use, and you can put in bait like meat, shrimp, and dead fish. Fill the trap with water and position it with the holes facing down on the substrate.

It is recommended to avoid feeding fish before planting the trap and switching off the lights. The trap has a clear glass dish to help you see the worms after trapping.

Aquarists turn to chemicals and medication to get rid of planaria in their aquariums. While deworming agents like Panacur and Flubenol are popular, they will have negative effects on the aquarium ecosystem.

They have been shown to harm snails, and their active ingredients remain in the substrate for a while and thus discourages the repopulation of snails.

If you want a safer option, consider this worm disinfectant from FishAquatics. It does not harm plants or shrimps, but it assures you planaria control in 72 hours. The treatment is formulated with herb extracts, and it is, therefore, biodegradable.

You should not feed your shrimps when dosing your tank, and you should also remove the carbon filter beforehand. Since some snails can be sensitive to the medication, it is best to remove any snails in your aquarium.

Lots of dying planaria in any tank will lead to ammonia spikes, and you should be keen on the water values during treatment. Vacuum all the dead worms that you see as the chemical takes effect.

Ensure your tank is well-ventilated at this time, and some aquarists will use an air pump or bubbling stone. Constant water changes and cleaning the filter will also help.

Some fish species will eat planaria and help control the infestation. Endler guppies are especially enthusiastic about feeding on the worms.

If your plan is to breed shrimp, Endler guppies might not be a good choice for you to get rid of planaria in your shrimp tank, because they will eat small shrimp as well.

Planaria are classified in the class Turbellaria and the order Tricladida.

The worms have elongated, flattened, and leaf-shaped bodies. They have two eyespots at the head, which can detect light intensity. The eyespots help the worm to move away from areas with light.

The body of the planaria is solid without a body cavity. The mouth sits at the center of the body’s underside while the rest of the digestive system constitutes a gastrovascular cavity and a pharynx.

It also stands out because it is more massive than other parts of the body. The worm’s intestine changes color temporarily if it feeds on something colorful.

Planarians glide on a film of mucus to move, although they can also use muscle contractions.

The worms have puzzled scientists for years with their impressive regeneration. They can be cut into pieces, and every part can regenerate into a whole worm.

When cut, the cells at the affected site reproduce and form a blastema that will subsequently differentiate into new tissues. The missing parts of the cut planarian will then be regenerated.

It is estimated that as little as 1/279th of the worm can regenerate into new organisms.

You should be careful not to mistake planaria for other worms. While fish commonly eat worms like nematodes, planaria cover themselves in unappealing slime to avoid predation.

You can also perform a touch test by taping the parasite in question with your finger. A planarian will contract and stay glued in one place, while other worms will fall off the glass of the aquarium.

The flatworms move through toxic mucus that can stun a shrimp and make it easy for the planaria to launch an attack.

They will find it easy to target a shrimp that has just molted, or they will crawl under the exoskeleton. If the worms find a way to enter the shrimp’s body, they will proceed to eat it alive.

How do Planaria get into Your Tank?

Planaria can hitchhike on live food, rock crevices, fish, and even plants. The worms naturally occur in most aquariums, but they tend to multiply in dirty tanks. White planaria thrive on live foods like daphnia, bloodworms, and shrimp.

Black and brown ones, on the other hand, get sustenance from fish waste, uneaten food, and biofilm. If your aquarium has large amounts of these meals, you are bound to be faced with a planaria infestation.

It is also hard to control the worms because they reproduce asexually. All is needed is a single worm and abundant food for them to multiply.

To get rid of planaria effectively, you will need to adjust the feeding routine of your fish. Giving them only the amount of meals they can finish in three to five minutes will reduce the uneaten food in your aquarium.

It is also harder for floating food to drop in the substrate, making it easier to remove than sinking pellets and flakes. Most fish will thrive with two meals a day to reduce the chances of overfeeding.

How do Planaria Reproduce?

Planaria can reproduce both sexually and asexually. Every worm has female (ovaries) and male (testes) systems, but they cannot self-fertilize. Planaria exchange sperm during mating to fertilize each other. In the wild, two kinds of eggs are released.

The black “winter eggs” are released on stalks, and they take a long period to hatch. These eggs can withstand unsuitable environmental conditions and can even stay dormant all through winter. Summer eggs are transparent, thin-shelled, and take a shorter time to hatch.

While some eggs have the yolk in the female gamete, others have it in specialized cells contained in the eggshell.

Once the eggs hatch, they reveal juveniles that resemble adults, but without functional gonads. In some cases, however, free-swimming larvae are released, and they need to go through metamorphosis to resemble the adults.

Planaria can also reproduce by fission, especially in areas where low populations make it hard to find mating partners. In this kind of reproduction, the worm can either reproduce through fragmentation or spontaneous “dropping tails”.

In the former, the worm constricts its body to create two separate parts at the anterior and posterior ends. The head grows a tail while the tail grows a head to form two individuals.

In spontaneous “dropping tails”, worms in stagnant water will sometimes “drop” their tails. The tails subsequently regenerate into complete planaria. The resulting animals will, however, remain stunted until the water conditions become better.

The regeneration of planaria is not always restricted to reproduction. If the worm is cut into parts, for example, every piece can regenerate into complete individuals.

What Fish Will Eat Planaria?

Although the worms are not known to target fish, they can cause irritation if they get into the gills. It is recommended to deal with the underlying causes of the planaria infestation even if you add planaria-eating fish.

Is Planaria Harmful to Humans?

Planaria are not known to cause any harm to humans, but it is advisable to wear protective clothing like gloves when cleaning your aquarium to get rid of them. Also thoroughly wash your hands after dealing with aquariums that have planaria.

The presence of planaria is among the realities of fish keeping. These worms are easily gotten from the pet store when you buy live food, fish, or even aquatic plants.

For an infestation to ensue, however, your tank will mostly have a lot of uneaten food and waste, since this is what planaria feed on.

Aquarists can either use traps, planaria-eating fish, or chemicals to deal with the problem. 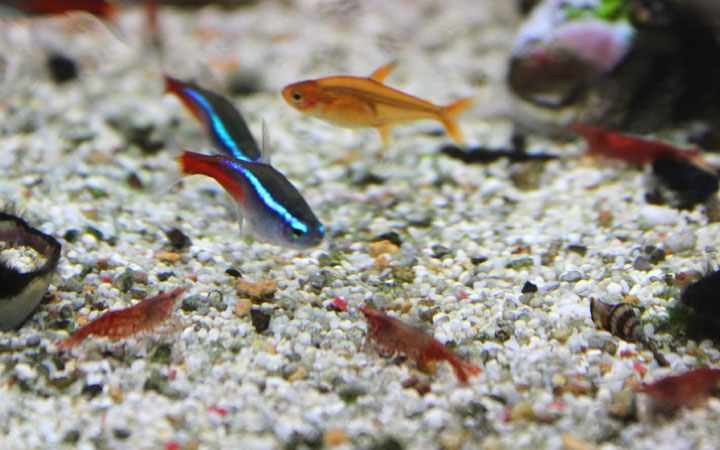 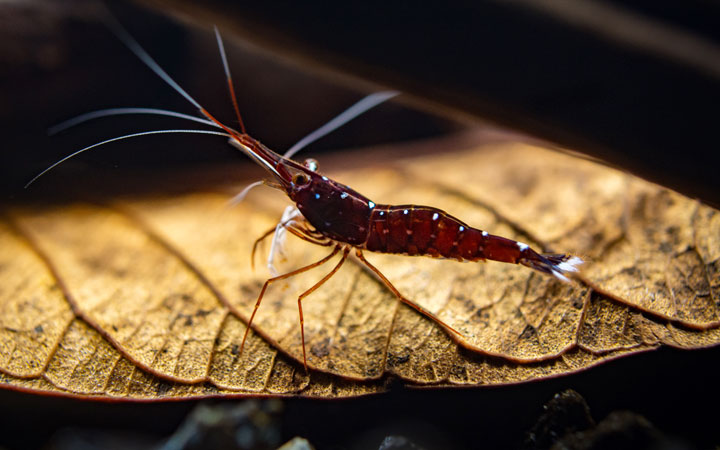