Because they breed fast and often, platy fish populations in your aquarium should be controlled if you’re not looking forward to raising fry.

Before you introduce any fish to your aquarium, it’s important to know how they reproduce. This regardless of whether you want them to breed or not, especially that with certain fish, populations can easily get out of control in a matter of a few short months.

So, if you’re planning on stocking your aquarium with platies, it’s normal to ask yourself whether platy fish lay eggs or give birth to live fish? 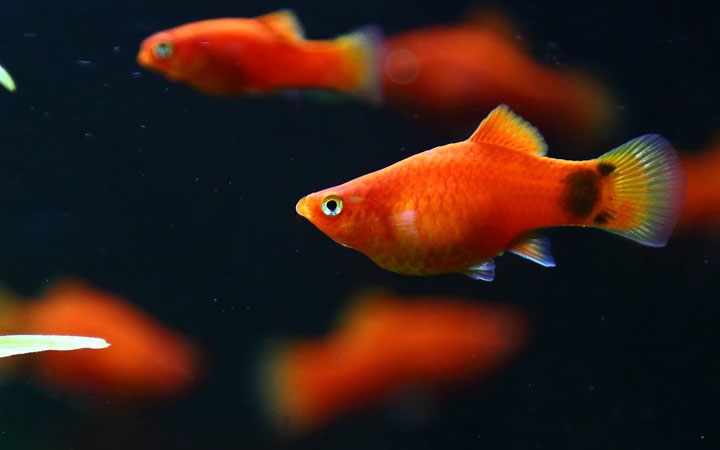 In what follows, I’ll go over the reproduction mechanism of platy fish as well as some aspects related to proper male to female ratio in the aquarium.

No, platy fish do not lay eggs, they give birth to live fry. They do produce eggs, however, which the female platy carries in her belly until the eggs hatch. Only then does she release the eggs, giving birth to live fry that can swim and accept food.

Platy fish give birth between 20 to 80 juveniles and can give birth as soon as every month. If you don’t want your platies to reproduce, there are easy ways to limit their population.

How do Platy Fish Reproduce?

Other than meeting normal keeping requirements for these fish, there isn’t anything you should do to encourage reproduction.

The female platy will carry the eggs for 24-30 day, after which she will release them into the aquarium.

You can easily spot the differences between female and male platies. You’ll see males in pursuit of females, and you’ll notice that females are larger and have a more rounded abdomen.

Once the female releases her baby platies, it’s time to remove her from the aquarium and leave only the fry in otherwise adult fish (including females) will eat their juveniles.

How Often Do Platy Fish Reproduce?

If conditions are right, platies can reproduce every month or so. Because males are always in the pursuit of females, things can get pretty stressful if there are too many males in the aquarium.

If you’re looking to breed platies, it’s enough to place a single male platy with two or three female platies. Any more than this and you’ll have trouble keeping things under control.

As the female prepares to release the fry, she will seek out quieter and darker corners of the aquarium. This is another reason why you should consider having live plants in your aquarium.

Both male and female platies that breed constantly will have a shorter lifespan, so this is another aspect why you may not want to over breed your fish.

If you don’t want your fish to reproduce at all, simply keep only males or females in your aquarium.

When platy babies are released into the aquarium, they’re barely a quarter of an inch in size. You may have to whip out your magnifying glass to take a good look at them.

Because platies lack any parenting instincts, they won’t bother with caring for their fry, on the contrary, they will eat them if presented with an opportunity.

This is a further good reason to have thick live plants in the tank that could serve as coverage for them.

However, if you want to save all platy babies that were born, you’ll need to take some measures.

A good method is to have the female give birth in a breeding box and then remove her. You can set up a breeding box in your aquarium and keep the fry in up to two weeks.

Alternatively, you can set up a new aquarium, have the female give birth in it, then remove her and continue caring for the fry yourself.

In terms of food, you must not forget that baby platies cannot eat regular fish food and you either need to crush regular food into smaller pieces or feed them smaller flakes created specifically for fry.

To kick-start the growth of platy babies, feed them often with small amounts and focus on setting up a feeding schedule.

A cheap alternative to commercial fry foods is hard-boiled egg yolk, which you can prepare at home. Feed your platies once or twice with a small amount as egg yolk is known to easily foul the water.

Unlike egg-layer fish, which fertilize eggs after they’ve been released onto the hatching site, livebearer fish species breed through direct fertilization that happens inside the body of the female.

Platy fish are just one of the hundreds of livebearer fish species, which include other fish like guppies, mollies, swordtails, endlers, and more.

For the most part, livebearers are easy to breed, although not all breed as often as platies do. They’ll breed even in captivity.

Of all livebearer fish species only a few of them are marine, most of them are freshwater fish. Some breeds can survive and both brackish and freshwater too.

Tropical freshwater fish will require a heater in their aquarium, others prefer colder waters and will thrive even without one.

Now that you know that platy fish don’t lay eggs and you know more about how they reproduce, I am confident you can start breeding platies on your own.

As I mentioned, all you have to do is have one male platy in with two or three female platies and let nature follow its course. Soon enough, you’ll be enjoying the new inhabitants of your aquarium.

Be sure to take measures to prevent the fry from getting eaten (e.g. removing the adult fish, setting up a breeding box, adding live plants to the aquarium, etc.) and that you feed them a balanced diet. 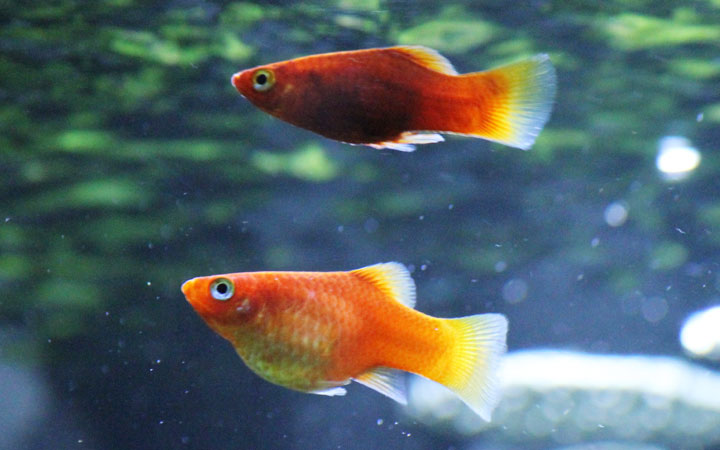 How Long Can Platy Fish Live Without Food? 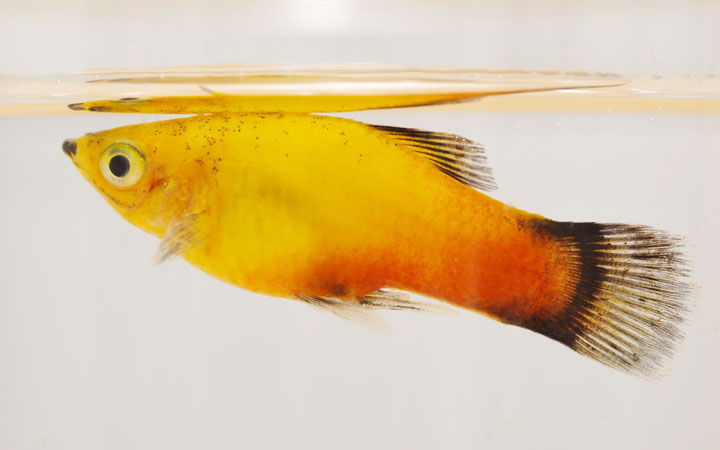 Why do My Platies Keep Dying? 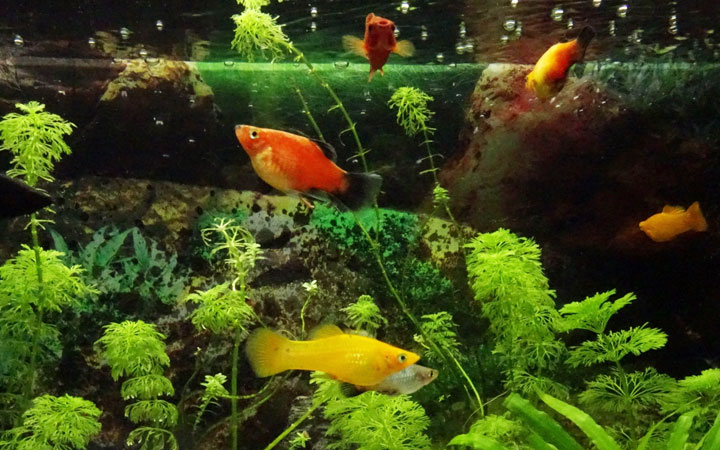 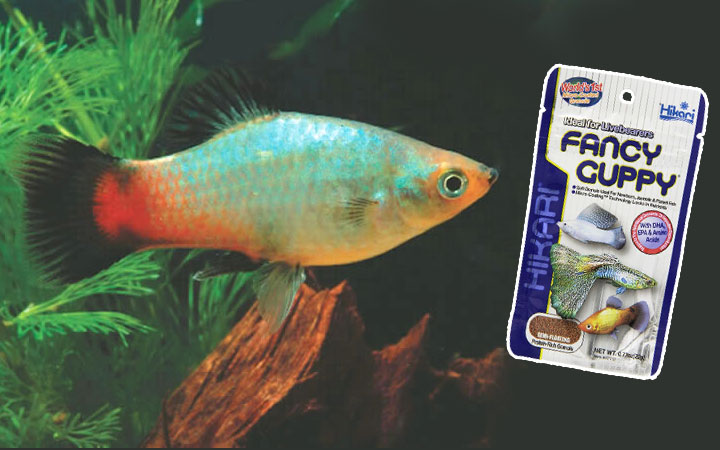