Asian Arowanas are sizable elongated fish that have upward-facing mouths, being a surface feeder.  They can grow to be relatively long, especially if they are left in their natural habitat.

Unlike common species of fish, Asian Arowana can gets oxygen by breathing air at the surface of the water.

There are different types of Arowana species. Most of these species come with brilliant colors such as bright red, dazzling silver, blue.

Asian arowanas are illegal in most con tires, and require special permit in countries where they can be kept legally.

Asian Arowana is an Endangered Species

The Asian Arowana is an endangered species that is protected by the Endangered Species Act. The fish was banned from international trade in 1975.

Over 183 countries signed the treaty classifying the fish as a rare species. As a result, you cannot raise, handle, or trade the fish anywhere in the United States.

However, because it is a valuable luxury commodity, the Asian Arowana trade is a thriving business in the black market world.

Often, the trade is associated with some of the most heinous crimes, including murders in the leading cities of the world.

The Asian Arowana lives in black water rivers found in the regions of South East Asia. They inhibit slow-moving waters that flow through the swamp.

They also live in other wetlands. Adult Arowana hunts other fish and big prey for food.  On the other hand, the young fish feed on smaller insects, which are plenty in the swampy waters.

All the other different species of Arowana can do well in freshwater environments. They can also survive in environments with less oxygen as compared to other common fish species.

A low oxygen environment helps the Arowana to wade off any stiff competition for food from the other fish species. Besides, the prey that inhabits lower oxygen environments tends to be weaker and thus  are easy targets for the hungry Arowana.

Other places where you can find Arowana include flooded forests, river basins, ponds, freshwater lakes and rivers.

The Asian Arowana spends the day brooding and hiding in the roots of aquatic plants or other water structures. Typically, they only come out at night to feed and play.

Asian Arowana Diet in the Wild

Asian Arowana is a predatory fish species. They, therefore, feed almost on anything provided it fits in their enormous mouths. Most of the feeding process takes place near the surfaces of the water.

The fish preys on other small fish, insects, and crustaceans. They also feed on larger prey such as snakes, bats, and birds that fall on the water surfaces.

Some species, such as the silver Arowana leaps on prey resting on low hanging branches near water bodies. They are known to leap as much as five feet above the water to capture the unsuspecting prey. 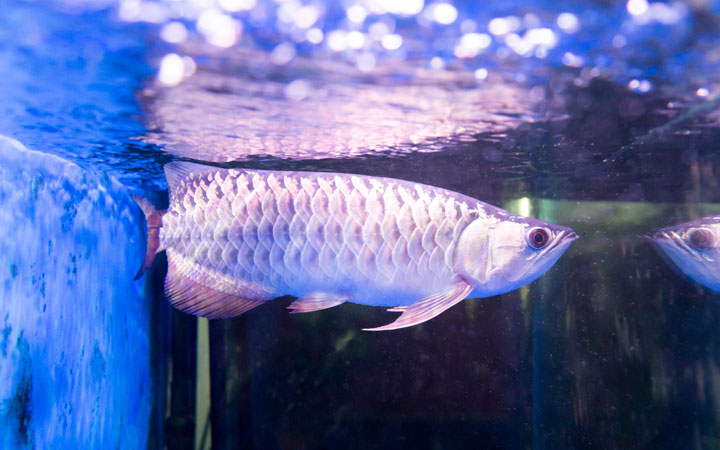 The tank requirements for keeping Arowana fish varies with the type of species you intend to keep. The Arowana fish requires a 250-gallon tank that comes with a bare or fine gravel bottom.

The tank should also feature aquatic plants, freshwater, and a lot of open space for swimming. You should ensure to keep the aquarium tight using a heavy cover as the arowana fish tend to jump when chasing prey or stressed.

You can decorate the tank using sturdy plants, rockwork, or driftwood. Ensure you don’t use plants with weak roots that can be easily dislodged by aggressive fish.

Whatever variety you choose to keep, you need to consider that arowanas are strong, powerful swimmers and aggressive fish too. Therefore the tank should be spacious enough to allow for some acrobatic practice and crazy speed swimming.

Ensure the tank you choose is sturdy, durable, and reliable. Arowanas can grow up to 4-foot (120 cm) size to weight over 13 pounds (6 kg). You should also expect your Arowana to live for up to 15 years with appropriate care.

Which Arowana Type to Choose?

If you are considering keeping an Arowana, then go for the silver Arowana. It is a good choice for beginner arowana keepers because the fish is the least restricted to import.

It is also the cheapest variety of Arowana available. They come with a long sleek body covered by large pearl-like silver scales.

Arowana does well in water with a temperature of between 75 to 82 °F. You should also ensure that the water has pH levels of between 6.5 to 7.5.

Additionally, the water should be soft to moderate hardness. You may also need to invest in a significant water filtration system because arowanas are susceptible to poorer water quality.

Ensure also that you carry out weekly water changes of at least 25%. Arowana fish can tolerate changes in water; however, any change should be gradual and moderate. 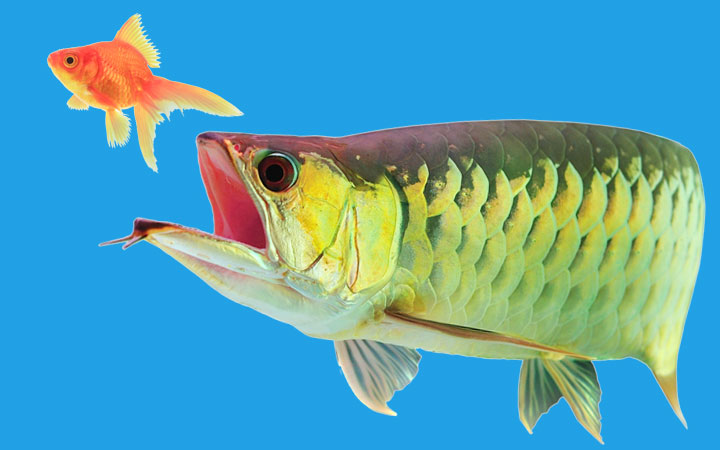 Arowanas are typical carnivores. However, they can also be omnivores in extreme situations. The fish will prey on small fish, snails, snakes, frogs, small rabbits, and large insects in their natural habitats.

In case you are planning on keeping them, you should ensure their diet resembles what they would eat in their natural environment. You can feed them using a meat-based diet.

They love crustaceans, beef heart, krill, shrimp, earthworms, crab, and crickets. You can also buy feeder fish and allow Arowana to hunt them down in the tank.

Arowana is predator fish. This makes it a daunting task to find appropriate tank mates for the fish. However, when Arowanas are young, they can be bullied by other bigger aggressive fish.

So before you place juvenile arowana in an aquarium inhabited by other species, ensure their safety is guaranteed.

You can also keep and raise six or more young arowanas of the same age in one tank. They will not only enjoy each other’s company, but this will also be protected from bigger aggressive species.

The following are the important factors to consider when assessing the tank mates of Arowana:

Some of the excellent tank mates of your Arowana fish include catfish, angelfish, parrot cichlid, large plecostomus, knife fish, Oscars, and green terror, among other many fish species.

You can also keep adult arowanas together. However, you should observe them closely to determine if they are getting along.

The reproductive cycle of Asian Arowana is quite different from other fish species. The Asian Arowana reaches sexual maturity very late. Typically, it takes a young Arowana up to 4 years to be ready for breeding. Besides, they only breed in their natural habitat.

Therefore, it may be a challenge to breed the captive Arowana in your home. Besides, unlike other fish species that lay millions of eggs, the female Arowana typically produces about 10 to 100 eggs per breeding season.

The fertilized eggs are deposited in the male’s mouth from where brooding takes place. Some male Arowana will also carry the young fish in their mouths until they grow big to protect them from fierce predators.

In their natural habitats, arowanas lay eggs at the onset of the flood season, usually in the months of December and January. The couple first builds a nest from where the female fish lays eggs. The Arowana eggs are either orange or red.

Afterward, the male Arowana will take the eggs in his mouth for 60 days until they hatch. After hatching, the young fish will leave their father’s mouth once they reach five weeks of age.

What is the Value of Asian Arowana?

Asian Arowanas are rare and very expensive fish, which can fetch upwards of $300,000. It has become an all-round obsession with the top crème of the society. It is prized for its glimmering scales and sinuous body.

It is bred mainly in South-Eastern Asia and can grow to three feet long in its natural habitat.

The Asian people believe that the fish brings fortune, good luck, and wealth.  As a result, it is quite commonplace for some wealthy business people to keenly study the behavior of the Arowana before they sign lucrative deals.

Tales are told of instances where Arowana sacrificed their lives by jumping out of tanks to warn the owners from making bad business decisions and from other dangers.

Arowana is an excellent pick if you love large and beautiful fish. It is certain, that arowanas are not for beginners.

I hope, that this guide will help you decide whether arowana fish is right for you or not. If you have any questions regarding Asian arowanas or other arowana types, feel free to leave a comment below. 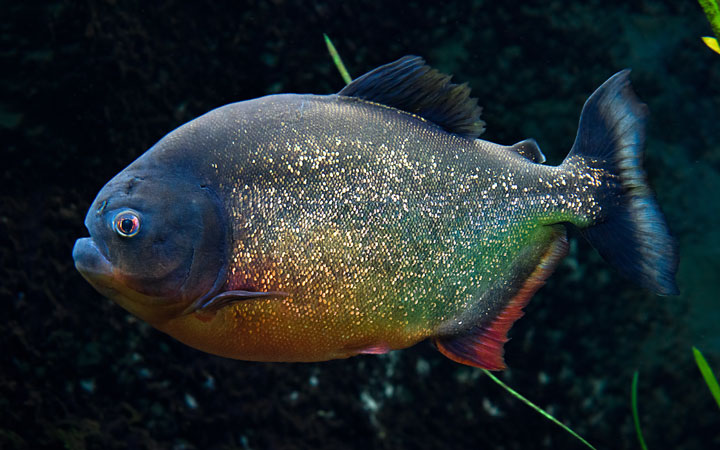 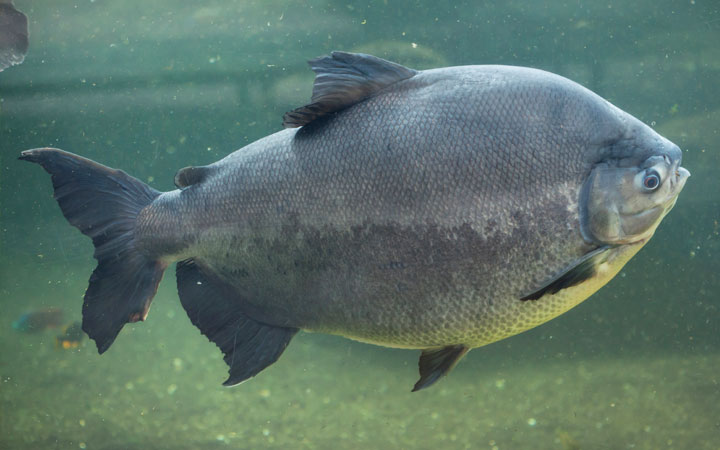